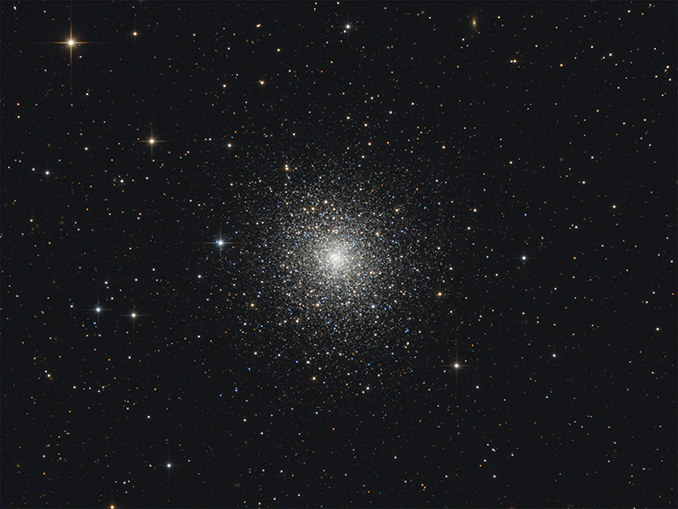 Messier 92 is a fine-looking globular cluster which lives in the deep shadow of mighty M13. Image: Bernard Hubl.

Messier 92 is a fine globular cluster that lies among the stars of northern Hercules, making it superbly placed in the summer sky for observers at mid-northern latitudes. It can be easily snared through a humble pair of 10 × 50 binoculars and a small telescope can begin to resolve the more outlying stars in its blazing mass of tightly packed suns. M92 probably doesn’t get the plaudits it deserves owing to the closeness of mighty M13, the finest of all globular clusters north of the celestial equator, which lies within Hercules’ familiar ‘Keystone’ asterism of third- to fourth-magnitude stars just under 10 degrees to the south-west. 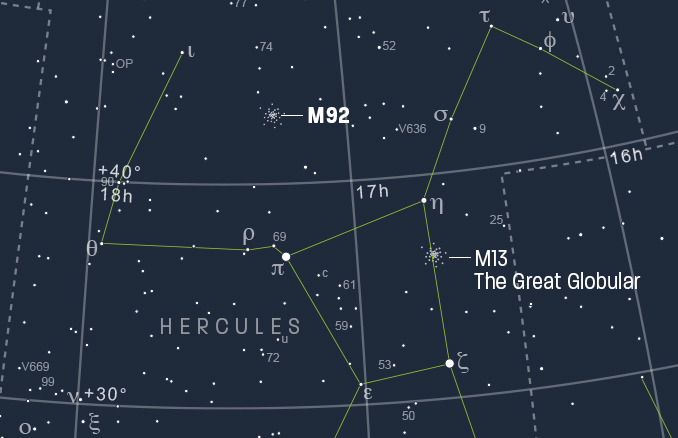 Messier 92 is located in Hercules in a relatively empty part of the sky between the Head of Draco and Hercules’ ‘Keystone’ asterism. AN graphic by Greg smye-Rumsby.

Hercules is a large constellation but suffers from a lack of any really bright stars. Brilliant Vega in neighbouring Lyra, can be used as a pathfinder, as it lies around 20 degrees east-north-east of Hercules’ Keystone (your fist held at arm’s length measures roughly ten degrees across your knuckles). On early July nights, Hercules is just starting to cross the southern meridian as darkness descends at around 11pm BST.

Shining at magnitude +6.4, M92 (NGC 6341) is out of naked-eye range for us in the UK, but it’s easy to find in binoculars, lying in a rather barren area of sky between the Head of Draco and Hercules’ ‘Keystone’, some six degree north of magnitude +3.2 pi (π) Herculis, the star that marks the north-eastern corner of the Keystone. M92’s advantageous declination of +43 degrees means it’s circumpolar (never setting) from UK shores.

Compared to M13’s magnitude +5.7, M92 is noticeably fainter and it’s significantly smaller too (11–14 arcminutes to the former’s 17–21, though quotes for their apparent diameter differ in the literature). M92 lies around 27,000 light years away, which places it about 1,000–1,500 light years more distant than M13, and its 110 light-year diameter makes it about 50 light years smaller than its rival.

Swing a telescope in the region of 75-100mm (~3 to 4 inches) in aperture across to M92 and it should start to resolve its outer regions, with the compact, nebulous core hinting at resolution. But it will probably require a 250-300mm (10- to 12-inch) aperture to fully resolve M92 right to the core.

M92 is quite a compact globular cluster, rated as IV (four) on the Trumpler classification (class I being the most compact and XII [twelve] the loosest). It is rated as being more concentrated than M13, which is listed as class V (five). Once you’ve had a good look at it, slew down to M13 and see what you think. 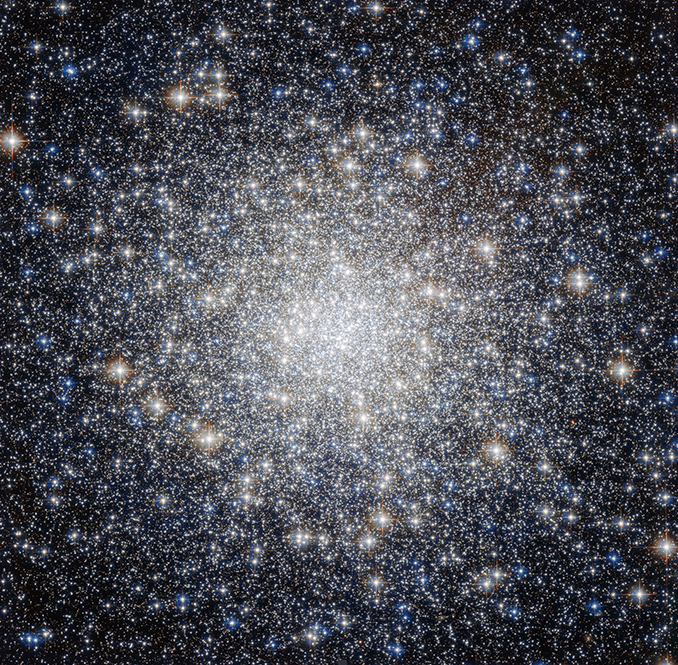 The core of Messier 92 imaged by the Hubble Space Telescope. Image: ESA/Hubble & NASA