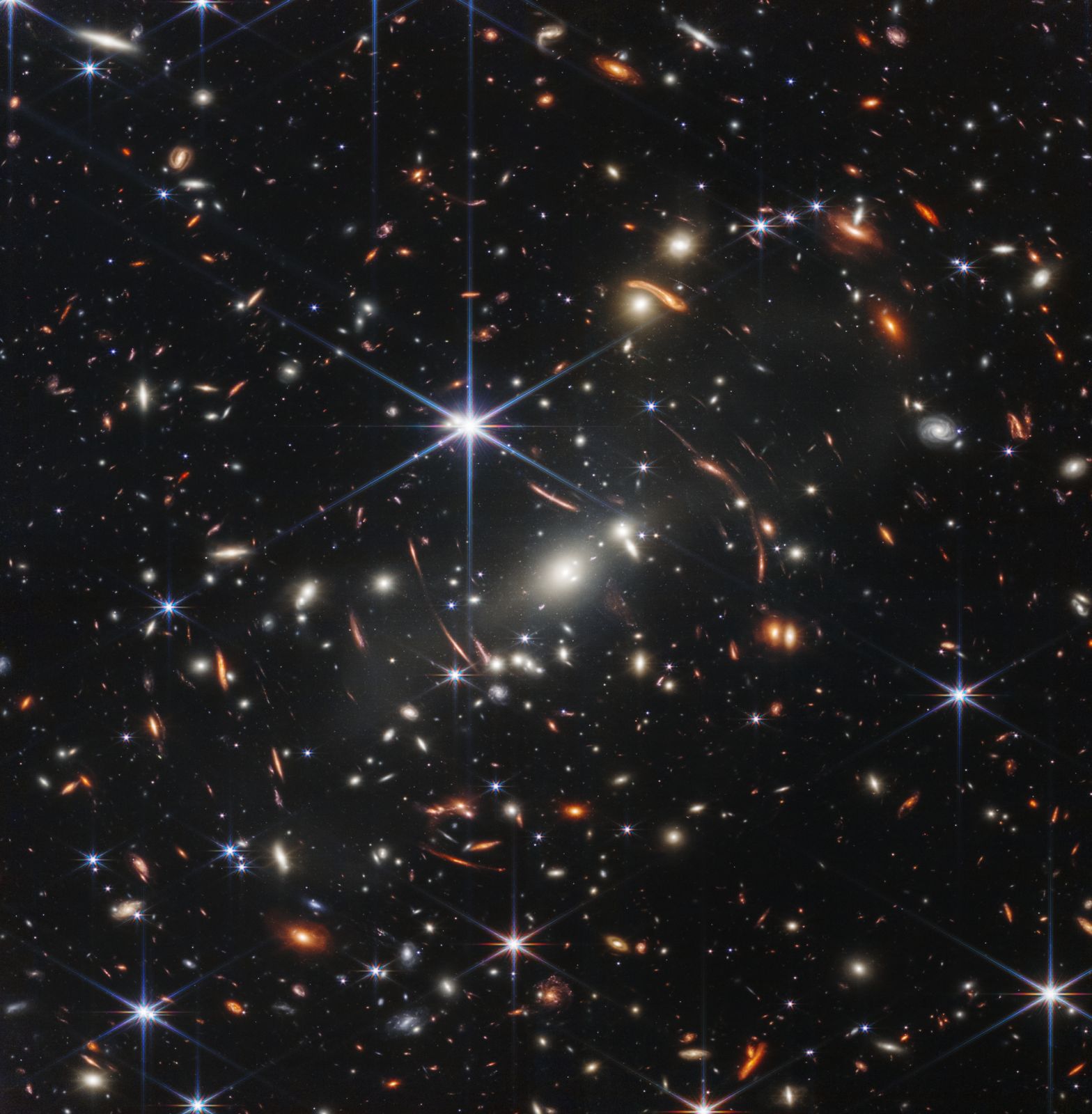 President Joe Biden got the honor of revealing the first full-color image from the James Webb Space Telescope during an event at the White House.

The picture, titled “Webb’s First Deep Field,” is of galaxy cluster SMACS 0723. According to NASA, the image covers a patch of sky approximately the size of a grain of sand held at arm’s length by someone on the ground. The agency said it includes thousands of galaxies, “including the faintest objects ever observed in the infrared.”

“As an international collaboration, this telescope embodies how America leads the world not by the example of our power, but by the power of our example — a partnership with others,” Biden said during the preview event just after 6 p.m. EDT (22:00 UTC) July 11. “It symbolizes the relentless spirit of American ingenuity.”

After 25 years of development at a cost of some $10 billion, a nail-biting Christmas Day 2021 launch and six months of careful deployments and instrument calibrations, the world is getting its first look at science-quality images from the largest space-based infrared telescope.

Last week, NASA released an engineering test image that was produced in mid-May. The agency said it was not optimized for science observation and designed to test how well Webb can lock onto a target. What was produced was still was one of the deepest images of the universe ever taken.

This new image, however, shows just how much resolution can be produced because of the light collection capabilities of Webb’s 21-foot (6.5-meter) diameter primary mirror — and there is more to come.

Video courtesy of The White House