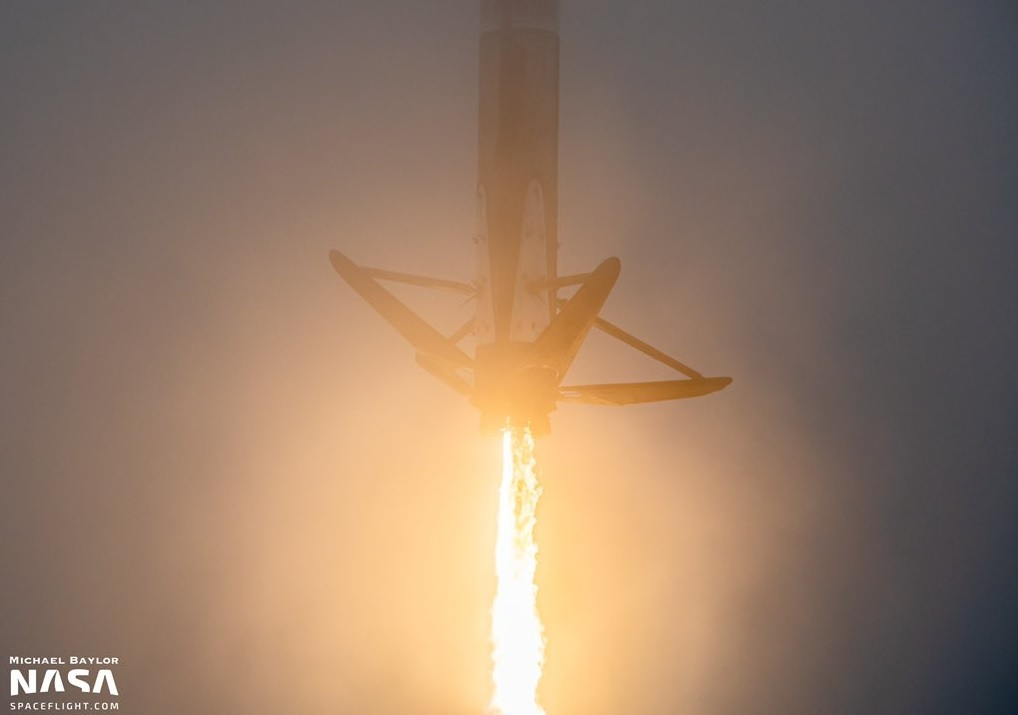 Germany’s SARah-1 military radar Earth observation satellite launched aboard a SpaceX Falcon 9 rocket from Vandenberg Space Force Base on Saturday. The launch, which was the 25th flight of the Falcon 9 this year, occurred at 7:19 AM PDT (14:19 UTC) – less than 24 hours after Friday’s Starlink 4-19 launch from the Kennedy Space Center.

Saturday’s launch used flight-proven Falcon 9 booster 1071-3. This booster previously flew the NROL-87 and NROL-85 missions out of Vandenberg earlier in 2022, and the SARah-1 mission marks its third flight. SpaceX was awarded the contract to launch SARah for the German government in 2013.

After the rocket’s two stages separated, the second stage proceeded to orbit with SARah-1, while B1071 conducted a boostback burn to place itself on a trajectory back towards the launch site. It subsequently made entry and landing burns before landing on the concrete pad at Landing Zone 4 (LZ-4), built on the site of the former SLC-4W launch pad adjacent to SLC-4E.

While B1071-3 flew back towards the launch site, Falcon 9’s second stage and its single Merlin Vacuum (MVac) engine placed the SARah-1 satellite into orbit. SARah-1 will operate in a circular orbit inclined at 98.4 degrees to the equator, with an altitude of about 750 kilometers above the surface of the Earth.

Although there had been speculation that additional rideshare payloads may fly along with SARah-1, utilizing additional performance left in the Falcon 9 due to its primary payload’s low mass, there has been no confirmed information regarding any other satellites being on this flight.

SARah-1 is the first of three spacecraft commissioned by the Bundeswehr – the German Armed Forces – to replace their long-serving SAR-Lupe constellation. SAR-Lupe was Germany’s first indigenous satellite reconnaissance system, seeing its first launch in December 2006 when the SAR-Lupe-1 satellite rode to orbit atop a Kosmos-3M rocket from Russia’s Plesetsk Cosmodrome.

Unlike optical reconnaissance satellites, radar imaging satellites like SARah-1 and its sister spacecraft can image Earth in any weather and lighting conditions, such as a cloudy, rainy night, or other conditions which would limit optical observation, using a technique called synthetic aperture radar (SAR).

With a mass of approximately four tons, SARah-1 is equipped with an active phased array radar with multiple antenna elements that can be steered electronically. Later this year, SARah-1 will be joined by the SARah-2 and SARah-3 spacecraft, which carry passive reflector antennae. The passive satellites will work with SARah-1 to increase the constellation’s resolution.

The five-satellite SAR-Lupe (Lupe being German for “magnifying glass”) constellation is capable of producing images in spotlight mode (focusing on a single target), covering an area of 5.5 by 5.5 kilometers with a resolution of up to 0.5 meters.

Each of the 770-kilogram SAR-Lupe satellites are also capable of mapping an area of up to 60 kilometers by 8 kilometers at one-meter resolution and imaging at least 30 areas of interest per day. The constellation has a response time to imaging requests of a given area of ten hours or less.

The SARah constellation is expected to bring a significant improvement over SAR-Lupe, although precise details of its capabilities have not been disclosed.

SARah-1 was developed and constructed by Airbus Defence and Space, with assembly taking place in Friedrichshafen, Germany. Friedrichshafen has been an important center for German aerospace since the first Zeppelin airships were built there over a century ago. 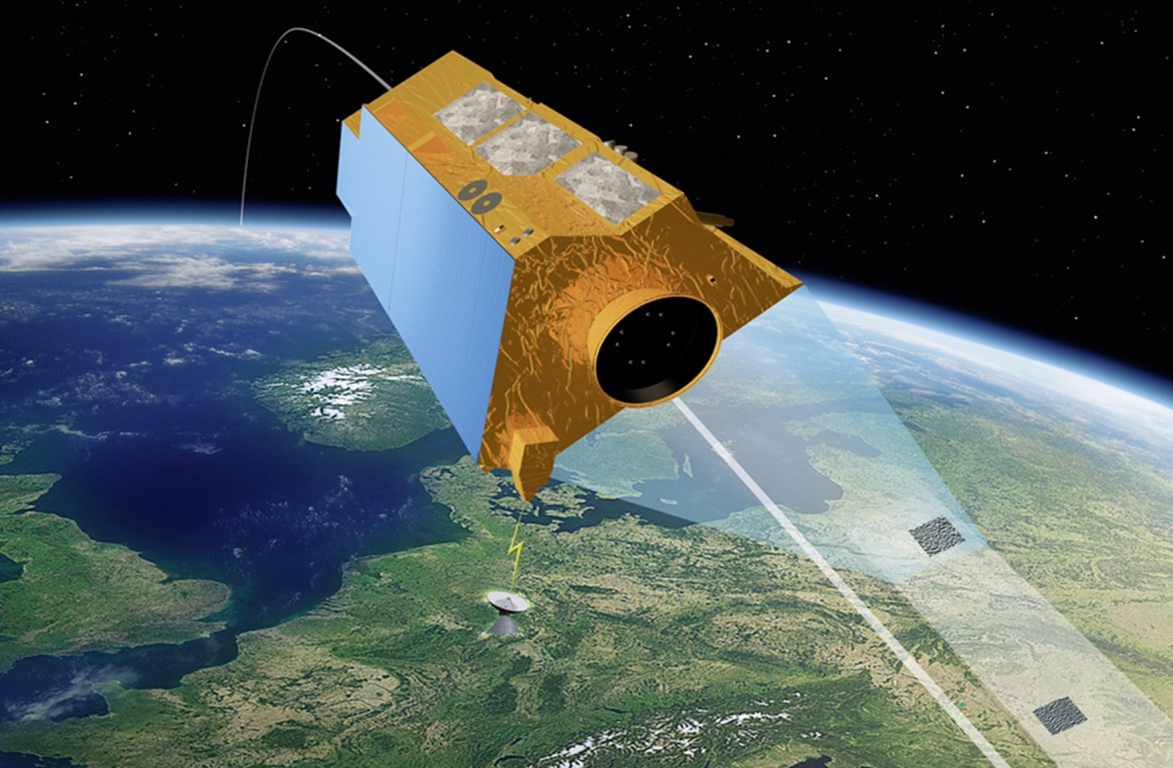 The radar-imaging payload aboard SARah-1 is a further development of a system previously flown on the TerraSAR-X, TanDEM-X, and PAZ satellites already in orbit, which were also built by Airbus. Its flexible shaping and very fast pointing mean that it can deliver imagery very quickly.

After separating from Falcon 9, SARah-1 will begin its commissioning phase, scheduled to be carried out by the Airbus control center in Friedrichshafen. Operational calibration, validation, and reconnaissance activities will be handled by the Bundeswehr’s own satellite control center. Ground stations in Gelsdorf, Germany, and Kiruna, Sweden will be used to communicate with the spacecraft.

While SARah-1 was built by Airbus, the overall contractor for the SARah constellation is OHB System AG, headquartered in Bremen, Germany. OHB, also the prime contractor for the existing SAR-Lupe system, is responsible for constructing the SARah-2 and SARah-3 sister spacecraft. SARah-2 and 3 will use SAR-Lupe’s reflector technology, being the passive spacecraft in the constellation.

All three of the SARah satellites are expected to fly aboard SpaceX Falcon 9 rockets, with SARah-2 and 3 due to launch together later this year.

SARah-1 joins a wave of Earth observation satellites that have been launched in recent years as demand for satellite imaging is increasing due to wars, natural disasters, climate changes, and other events. Germany and other regional powers around the world are increasingly deploying independent satellite reconnaissance systems, an endeavor that was dominated by the United States and the Soviet Union during the Cold War.