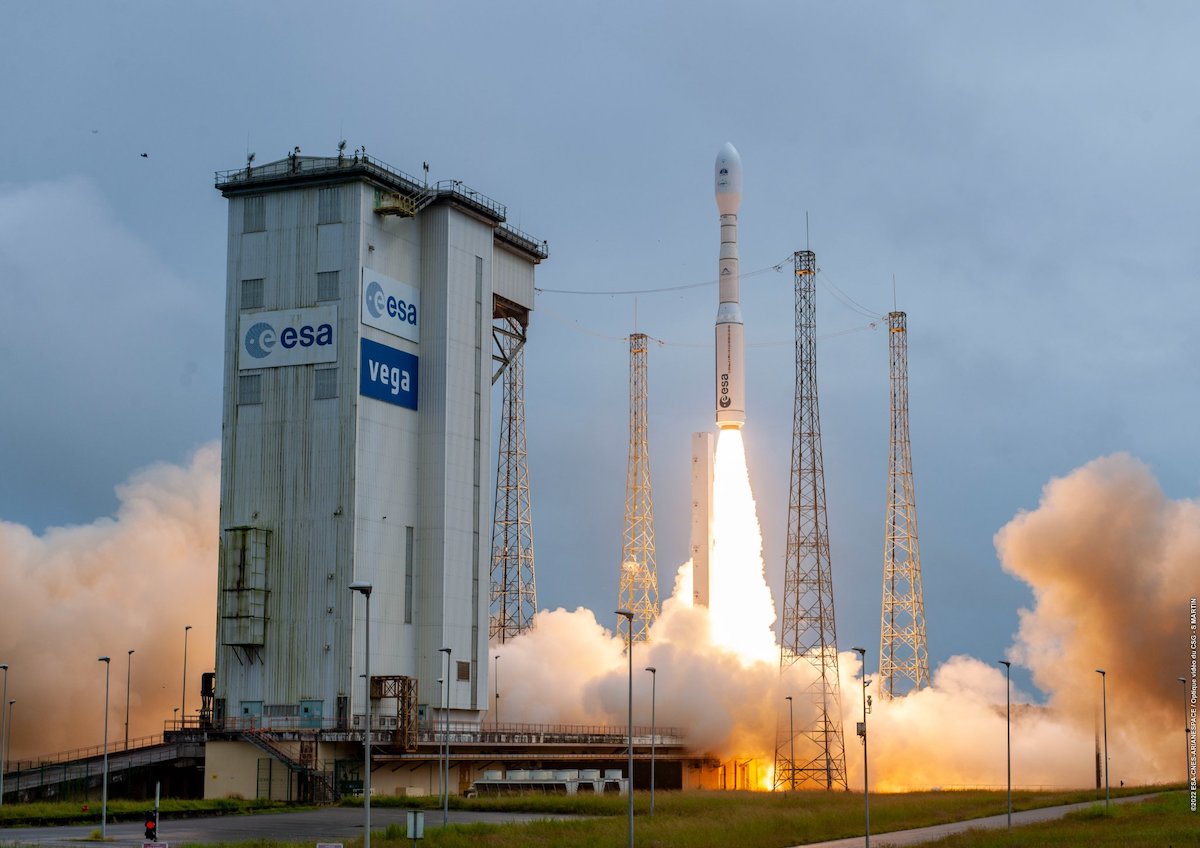 The excitement of Europe’s successful inaugural launch of its Vega-C rocket Wednesday was palpable at the launch site in French Guiana as the countdown went into two technical holds during the two-hour window.

Flight VV21 finally lifted off from Europe’s Spaceport in French Guiana at 9:13 a.m. EDT (10:13 Kourou local time; 1313 GMT) on a mission lasting two hours and 15 minutes from launch to release of the final payload and final burn of the AVUM+ upper stage engine.

Total payload mass at liftoff was approximately 474 kilograms (1,045 pounds): 296 kilograms (652 pounds) for LARES-2, with the remainder being the six CubeSats, payload adapters and carrying structures.

In a post-launch press briefing there was a tangible sense of relief that the first launch had gone without a hitch, putting Europe on the road to a new generation of low cost and flexible space access.

“There was high level of pre-launch tension as is normal for an inaugural flight,” said Daniel Neuenschwander, director of space transportation at the European Space Agency. “Everything was new on the rocket and so we knew a number of things had the potential to go wrong.”

Vega-C represents a dramatic capability boost compared to Vega, which has flown since 2012. With new first and second stages and an up-rated fourth stage, Vega-C increases performance from Vega’s 1.5 tonnes to about 2.3 tonnes in a reference 700-kilometer (435-mile) polar orbit.

“Today we opened a new era of European launch solutions, starting with Vega-C and to be complemented by Ariane 6,” added Neuenschwander.

Vega-C features a new, more powerful first stage, P120C, based on Vega’s P80. Atop that is a new second stage, Zefiro 40, and then the same Zefiro 9 third stage as used on Vega.

The re-ignitable upper stage (AVUM+) is also improved with increased liquid propellant capacity, to deliver payloads to multiple orbits depending on mission requirements and to allow for longer operational time in space, to enable extended missions. 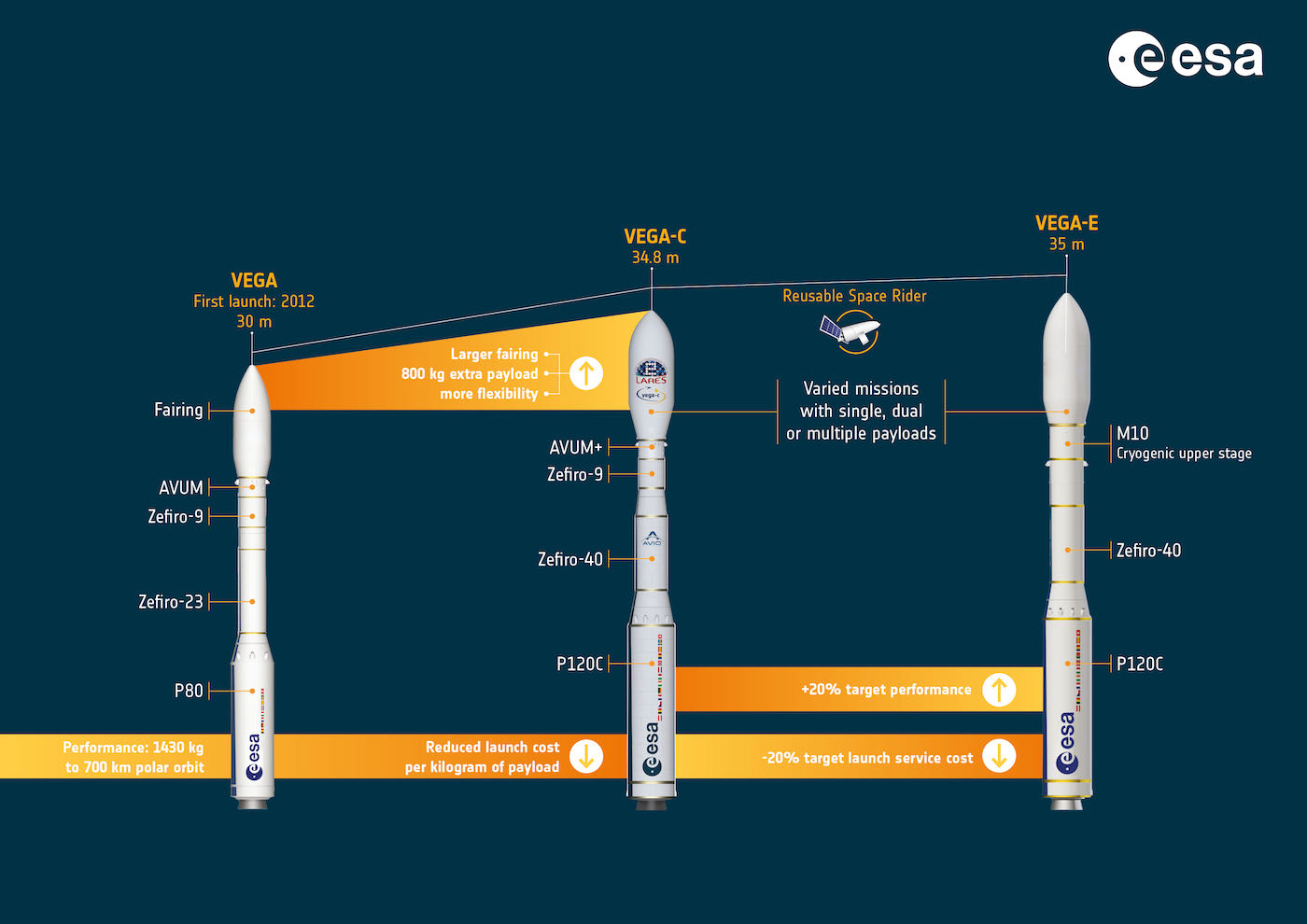 This illustration shows the differences between the basic Vega launcher, the Vega-C, and the next-generation Vega-E. Credit: ESA

The P120C motor will do double service, with either two or four units acting as strap-on boosters for Ariane 6. Sharing this component streamlines industrial efficiency and improves cost-effectiveness of both launchers.

Neuenschwander added: “ In 2014, we decided to develop a new family of launchers in order to refine our access to space — Vega-C and Ariane 6 will cover all the missions required by Europe, as well as lowering the cost of access to space.

“Vega-C doubles the performance of Vega at more or less the same cost and also addresses specific market needs, particularly in relation to EO (Earth observation) satellites,” he added. “In 2026, a new derivative, Vega-E, will provide a simplified architecture by replacing both the Vega-C third and fourth stages with a new cryogenic upper stage.” 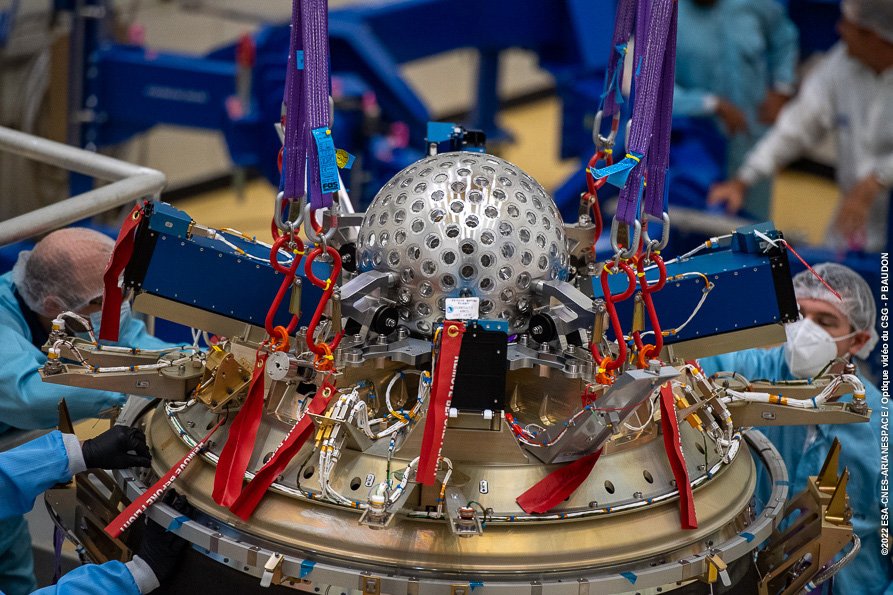 The precise orbital path of LARES-2 will be tracked by laser, from ground stations. The purpose of the mission is to measure the “frame-dragging” effect, a distortion of space-time caused by the rotation of a massive body such as Earth as predicted by Einstein’s General Theory of Relativity. Its predecessor, the similar LARES, was the main payload on the 2012 inaugural flight of Vega. Six CubeSats made a secondary payload package.

Stéphane Israël, CEO of Arianespace, said there would be two more Vega launches before reverting to Vega-C. “We have already sold seven missions, four institutional and three commercial, and we hope to have four more orders for the Copernicus program from the European Commission.

“Today we have demonstrated the Vega-C is a flight-proven launcher, and one which is perfectly adapted to future European needs,” Israël said.