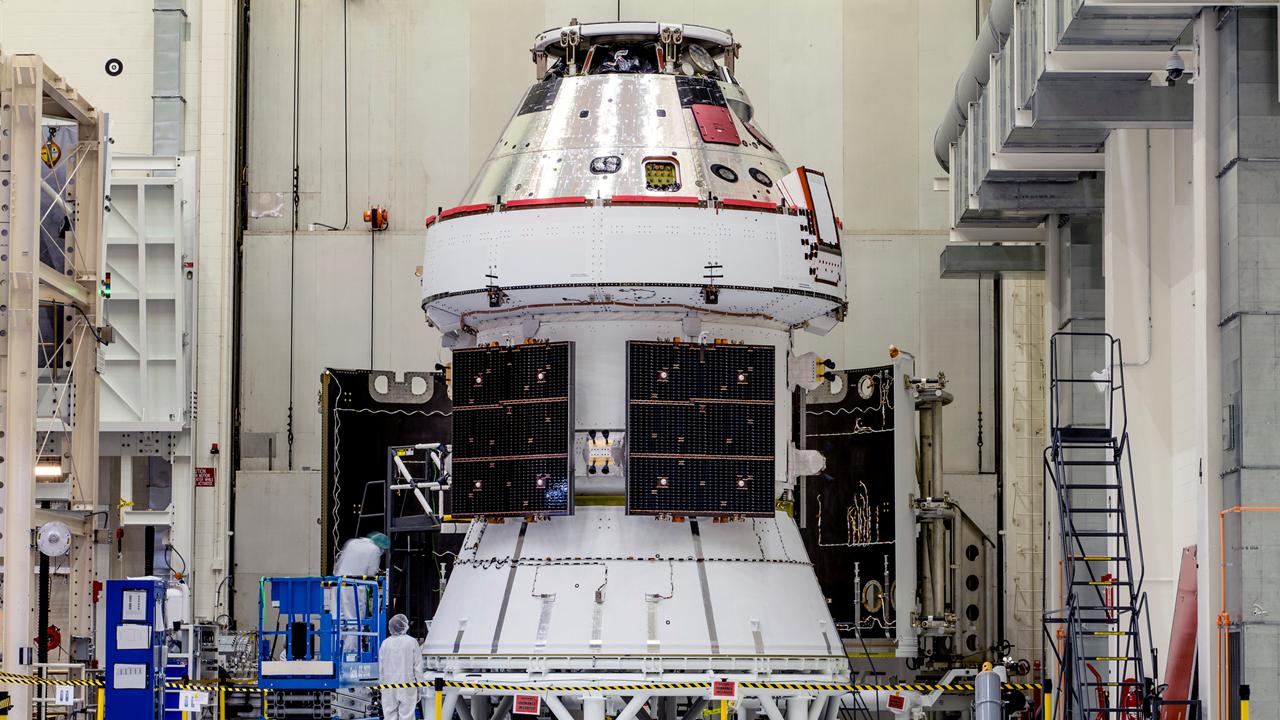 A view of the Orion spacecraft for the Artemis 1 mission during launch preparations at the Kennedy Space Center. The U.S.-built crew module sits mounted atop the European-built service module, with its solar arrays folded up for launch. Credit: NASA

European space officials have hailed the importance of NASA’s upcoming inaugural Artemis mission and the vital role ESA is playing in supporting a return to the moon.

“With this mission, Europe is going to the moon and it is a privilege for us to be a part of this historic mission alongside NASA.”

“Nevertheless, this will be the first time NASA has relied on ESA for a key part of a flagship mission, and the whole Artemis partnership signals a significant new level of cooperation,” he added.

The first mission for Orion and the European Service Module will send the spacecraft beyond the moon and back. This mission, called Artemis 1, will not carry a crew and will be controlled directly from the ground at mission control.

After Monday’s Flight Readiness Review — an in-depth assessment of the preparedness of the 322-foot-tall (98-meter) stack, consisting of the Space Launch System rocket and Orion spacecraft currently sitting on the launch pad at Kennedy Space Center in Florida — NASA declared it was all systems go. 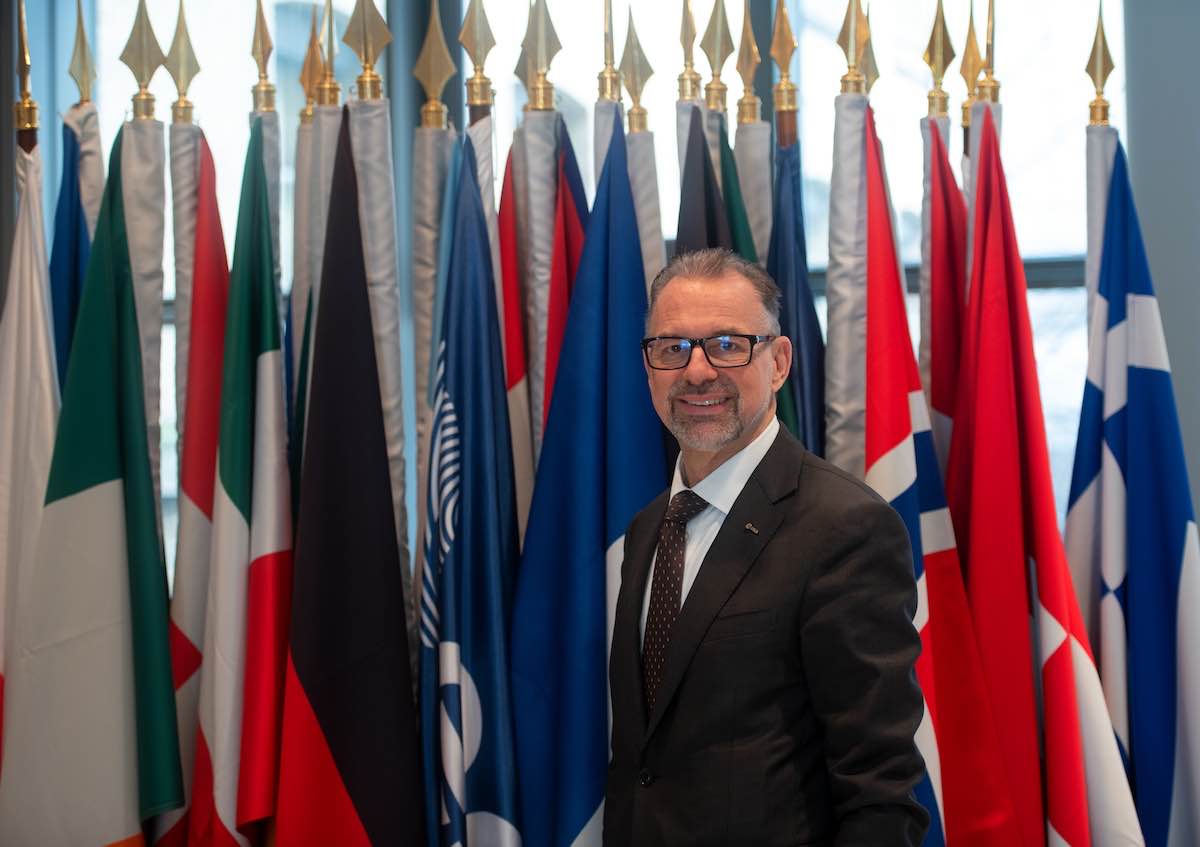 The Artemis team is targeting launch during its first two-hour launch window opening at 8:33 a.m. EDT (1233 GMT) on Monday, Aug. 29, with backup launch windows on Friday, Sept. 2, and Monday, Sept. 5

A successful launch on Monday would result in a mission duration of approximately 42 days, with a targeted Orion splashdown on Oct. 10

David Parker, ESA’s Director for human and robotic exploration, said: “We are on the threshold of something new and exciting. ESM is a huge step forward for ESA as it is the first time we have built a human-rated spacecraft.

“The test flight is both an exciting and critical step to preparing for humans to go back to the moon, and ultimately establish a Lunar Gateway that is 1,000 times further out in space than the International Space Station.”

He said the first ESM, including all development costs, had a price tag of 650 million euros ($790 million), with subsequent modules costing 210 million euros apiece.

ESA’s agreement with NASA to supply the modules gives Europe three astronaut seats on future moon missions, which Parker says are likely to be on Artemis 4 and 5, though with discussion still underway it is still possible a European could fly on the third Artemis mission.

This infographic describes some of the key features of the Orion service module. Credit: NASA/ESA

The European-developed ESM is a powerhouse that fuels and propels Orion, and keeps astronauts alive with water, oxygen, power and temperature control. Much like a railroad engine that pulls passenger carriages and supplies power, the ESM will power the Orion Crew Module to its destination and back to Earth.

Radiators and heat exchangers keep astronauts and equipment at a comfortable temperature, while the module’s structure is the backbone of the entire vehicle. It utilizes three different types of engines to push Orion to its destination, and can maneuver in all directions to align the spacecraft as needed.

The cylindrical module is not pressurized and measures approximately 10 foot (3 meters) long, including the main engine and tanks for gas and propellant. It weighs almost 8,000 pounds and carries around 19,000 pounds of propellant.

So far, ESA has agreed to supply NASA with six European Service Modules, with prospects for a further three.