News Astronomy > News > ESA’s EnVision Mission Doesn’t Have a lot of Fuel, so it’s Going to Aerobrake in the Atmosphere of Venus

Venus has almost been “the forgotten planet,” with only one space mission going there in the past 30 years. But the recent resurgence of interest in Earth’s closest neighbor has NASA and ESA committing to three new missions to Venus, all due to launch by the early 2030s.

ESA’s EnVision mission Venus is slated to take high-resolution optical, spectral and radar images of the planet’s surface. But to do so, the van-sized spacecraft will need to perform a special maneuver called aerobraking to gradually slow down and lower its orbit through the planet’s hot, thick atmosphere. Aerobraking uses atmospheric drag to slow down a spacecraft and EnVision will make thousands of passages through Venus’ atmosphere for about two years.

The aerobraking maneuver is a necessity for the mission.

“EnVision as currently conceived cannot take place without this lengthy phase of aerobraking,” said  EnVision study manager Thomas Voirin. “The spacecraft will be injected into Venus orbit at a very high altitude, at approximately 250,000 km, then we need to get down to a 500 km altitude polar orbit for science operations. Flying on an Ariane 62, we cannot afford all the extra propellant it would take to lower our orbit. Instead, we will slow ourselves down through repeated passes through the upper atmosphere of Venus, coming as low as 130 km from the surface.”

Aerobraking has been performed by several spacecraft at Mars, such as the Mars Reconnaissance Orbiter and ExoMars Trace Gas Orbiter, to gradually slow the spacecraft down to place the spacecraft in the correct orbit for the mission parameters. But because of Venus’ ultra-thick atmosphere, ESA said that they are currently testing candidate spacecraft materials to “check they can safely withstand this challenging process of atmospheric surfing.”

However, this won’t be the first time a spacecraft has used aerobraking at Venus. ESA’s Venus Express, performed experimental aerobraking during the final months of its mission in 2014, gathering valuable data on the technique. The Venus Express mission was supposed to last 500 days, but the robust spacecraft ultimately spent eight years orbiting Venus before running out of fuel. It began a controlled descent, dipping further and further into Venus’s atmosphere, while using onboard accelerometers to measure its own deceleration.

Voirin said aerobraking around Venus is a challenge because the gravity of Venus is about 10 times higher than that of Mars. This means velocities are about two times higher than at Mars the spacecraft passes through the atmosphere – and heat is generated as a cube of velocity. Accordingly, EnVision has to target a lower aerobraking regime, resulting in an aerobraking phase twice as long. 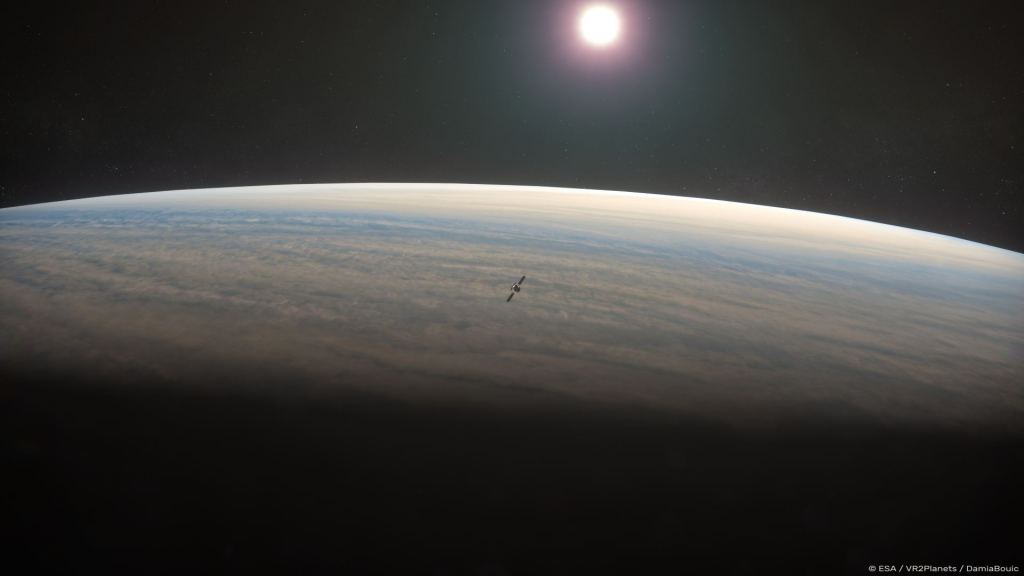 “On top of that, we are also going to be much closer to the Sun, experiencing around double the solar intensity of Earth’s, with the thick white clouds of the atmosphere reflecting a lot of sunlight straight back to space, which additionally needs to be taken into account,” Voirin said. “Then on top of all that, we realized we had to reckon with another factor over the thousands of orbits we envisage, previously only experienced in low Earth orbit: highly-erosive atomic oxygen.”

This is a phenomenon that remained unknown during the first decades of the space age. It was only when early Space Shuttle flights returned from low orbit in the early 1980s that engineers received a shock: the spacecraft’s thermal blankets had been severely eroded.

The culprit turned out to be highly reactive atomic oxygen – individual atoms of oxygen at the fringes of the atmosphere, the result of standard oxygen molecules of the kind found just above the ground being broken apart by powerful ultraviolet radiation from the Sun. Today, all missions below about 1,000 km need to be designed to resist atomic oxygen. 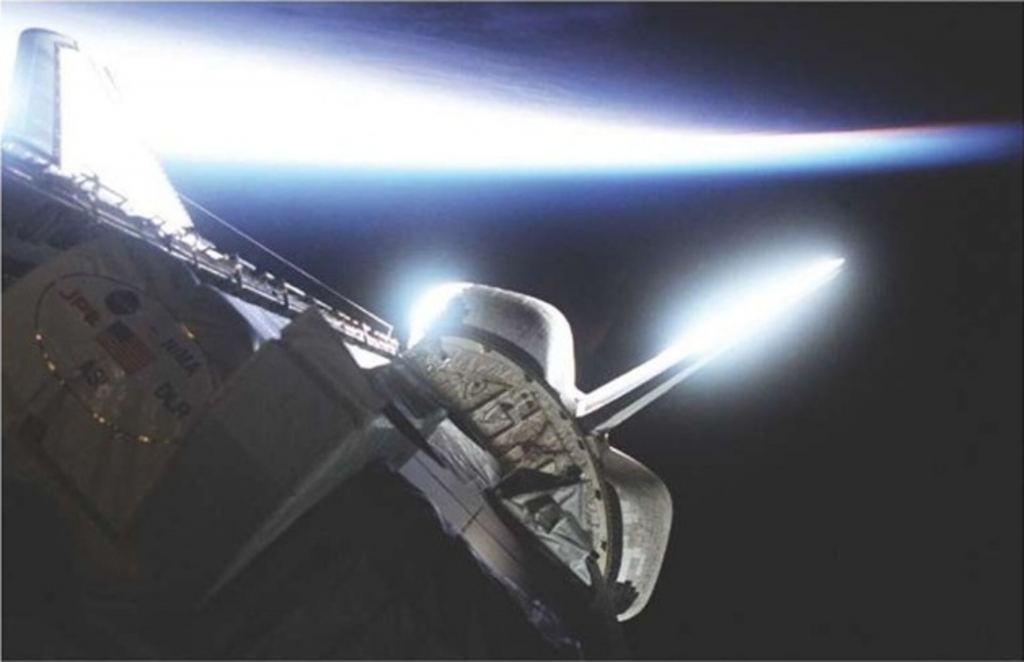 Space Shuttle Endeavour’s tail aglow with atomic oxygen, as seen during the STS-99 mission in February 2000. Highly erosive atomic oxygen turned out to eat away at unprotected thermal blankets during early Shuttle missions, until countermeasures were put in place. Credit: NASA

Spectral observations by past Venus orbiters of airglow above the planet confirm that atomic oxygen is widespread at the top of the Venusian atmosphere too, which is more than 90 times thicker than Earth’s.

Thomas says: “The concentration is quite high, with one pass it doesn’t matter so much but over thousands of times it starts to accumulate and ends up with a level of atomic oxygen fluence we have to take account of, equivalent to what we experience in low-Earth orbit, but at higher temperatures.”

ESA says the results of a test of materials are expected at the end of this year.

EnVision will use an array of instruments to perform comprehensive observations of Venus from its inner core to upper atmosphere to better understand how Venus and Earth evolved so differently.

The other upcoming Venus missions are DAVINCI+, a mission to understand the atmospheric evolution of Venus, and VERITAS, a mission to better map the Venusian surface and subsurface. Those two missions are aiming for launch between 2028 and 2030.

The post ESA’s EnVision Mission Doesn’t Have a lot of Fuel, so it’s Going to Aerobrake in the Atmosphere of Venus appeared first on newsastronomy.com.