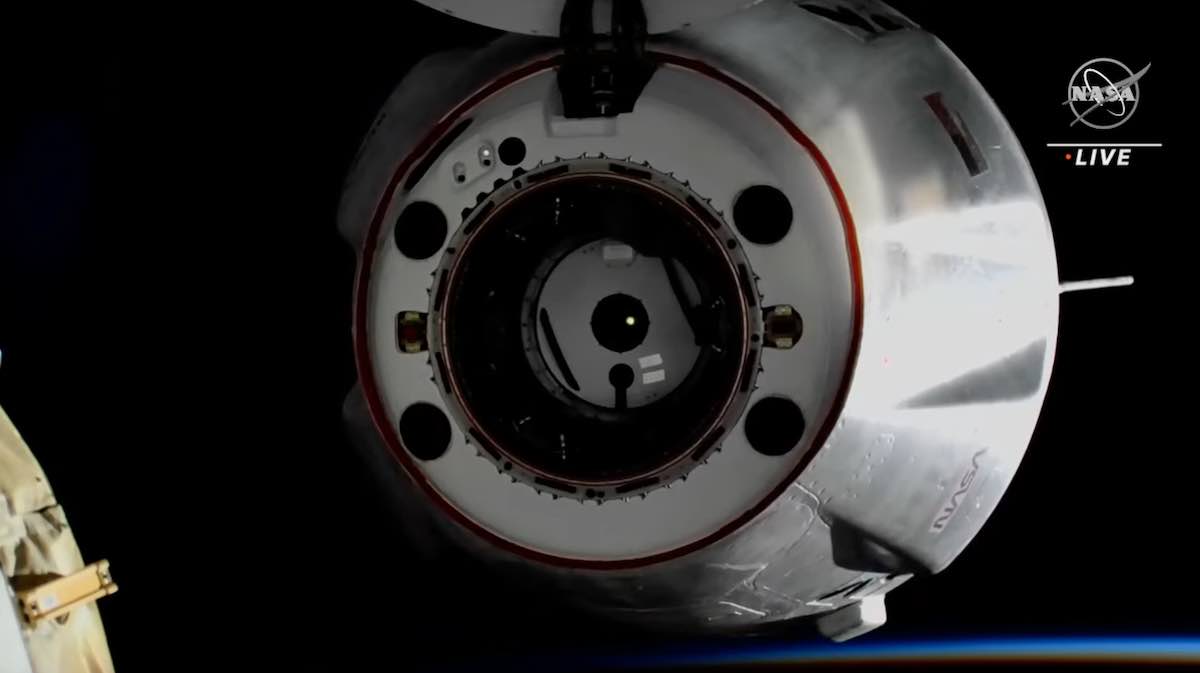 A SpaceX Dragon supply freighter undocked from the International Space Station Friday, heading for splashdown off the coast of Florida Saturday with about two tons of cargo, experiments, and a leaky spacesuit.

The unpiloted cargo carrier will bring home a spacesuit worn by European astronaut Matthias Maurer in March, when the station crew noticed water leaking in Maurer’s helmet after he returned to the lab’s pressurized airlock. NASA has suspended use of U.S. spacesuits for non-emergency spacewalks until the suit is returned to Earth for inspection and analysis.

Undocking of the SpaceX capsule from the space station’s Harmony module occurred at 11:05 a.m. EDT (1505 GMT) as the complex orbited 259 miles (416 kilometers) over the Pacific Ocean. Twelve hooks opened to allow the cargo ship to pulse thrusters to depart the station, setting up for a deorbit burn with the capsule’s Draco thrusters at 2:04 p.m. EDT (1804 GMT) Saturday.

The Dragon spacecraft will jettison its disposable trunk section just before the deorbit burn. The trunk will largely burn up during an uncontrolled re-entry into the atmosphere, when aerodynamic drag forces it back to Earth.

The reusable pressurized section of the Dragon capsule will re-enter the atmosphere over the United States, flying from northwest to southeast on a descending node entry track to target a parachute-assisted splashdown in the Atlantic Ocean northeast of Cape Canaveral, Florida, at 2:53 p.m. EDT (1853 GMT).

NASA and SpaceX will not provide live coverage of the mission’s return to Earth.

The Dragon spacecraft’s undocking and return to Earth was delayed a day due to a bad weather forecast in the recovery zone off the Florida coast.

A SpaceX recovery vessel will be in position to raise the Dragon spacecraft from the sea.

Time-sensitive cargo, such as biological research samples, will be flown back to Kennedy Space Center by helicopter, where NASA researchers will receive and catalog the materials for analysis and distribution to scientists around the world.

The undocking and splashdown will complete SpaceX’s 25th resupply mission to the space station since 2012 under the umbrella of two multibillion-dollar commercial contracts with NASA. 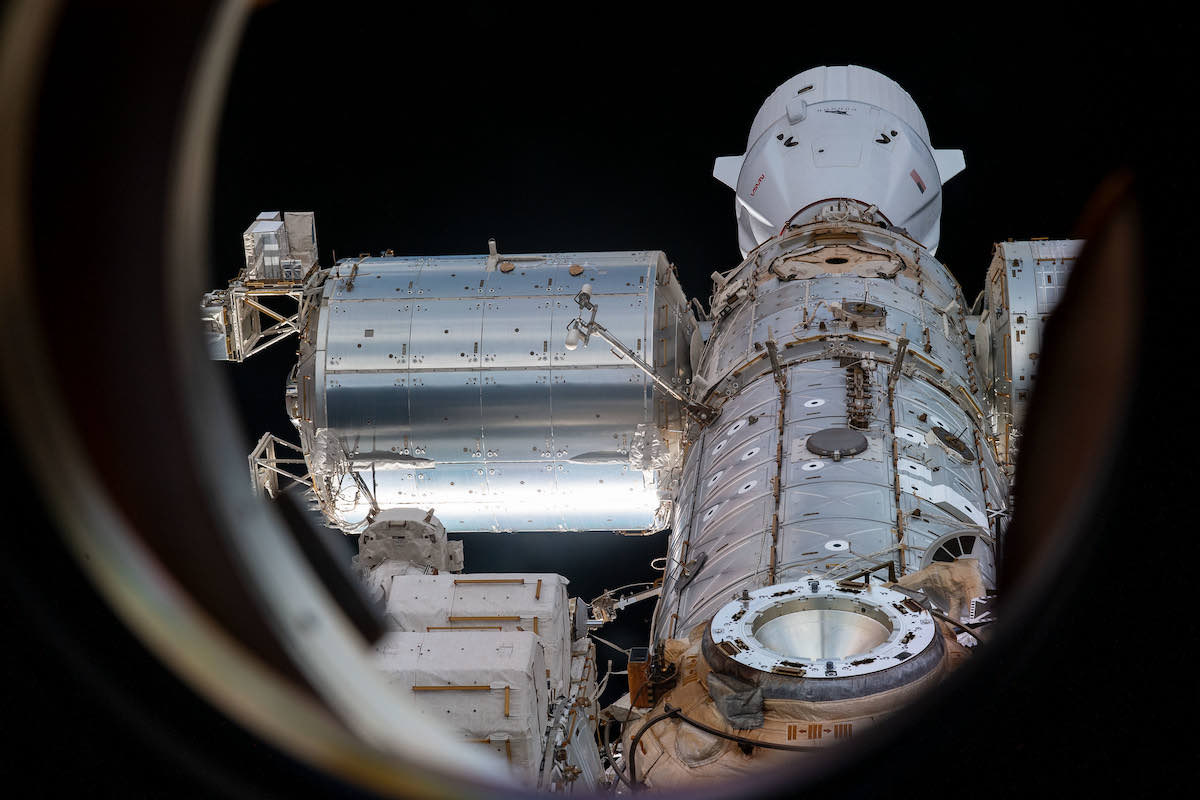 The Dragon spacecraft also delivered five NASA-sponsored CubeSats to the space station for deployment though the Japanese Kibo lab module.

Developed at NASA’s Jet Propulsion Laboratory, the $118 million EMIT instrument will measure the mineral content of the world’s desert regions, the source of global dust storms that can impact climate and weather worldwide.

NASA managers are eager for the Dragon spacecraft to bring the leaky spacesuit back to Earth. The water leak found after Maurer’s spacewalk in March was similar to the problem that caused a spacewalk emergency in 2013 when European astronaut Luca Parmitano had to cut short a spacewalk due to a water leak.

“We’ve got to get that suit home got take a look at it as part of the investigation to really try to understand what happened to the suit, and that’ll be part of what we need for our assessment for our eventual readiness when we look at returning back to nominal EVAs (spacewalks),” said Dana Weigel, NASA’s deputy space station program manager.