According to a recent report by Euronews, the controversial head of Roscosmos (Dmitri Rogozin) has been dismissed from his position. For those associated with space exploration and the global space industry, Rogozin is something of a household name. Since 2018, he has led Russia’s space program and established a reputation for inflammatory statements and anti-Western bluster, especially where Russia’s invasion of Ukraine, U.S., and European sanctions are concerned. His dismissal was part of a reshuffle ordered on Friday, July 15th, by Russian President Vladimir Putin.

This past year, Rogozin repeatedly threatened to withdraw Russia from the International Space Station (ISS) and other cooperative agreements in space. He even claimed that the station would crash without the Russian segment and Progress spacecraft to provide attitude control at one point. “[W]ho will save the ISS from an uncontrolled deorbit and fall into the United States or Europe?” he tweeted. “There is also the option of dropping a 500-ton structure on India and China. Do you want to threaten them with such a prospect? The ISS does not fly over Russia, so the risks are all yours.” 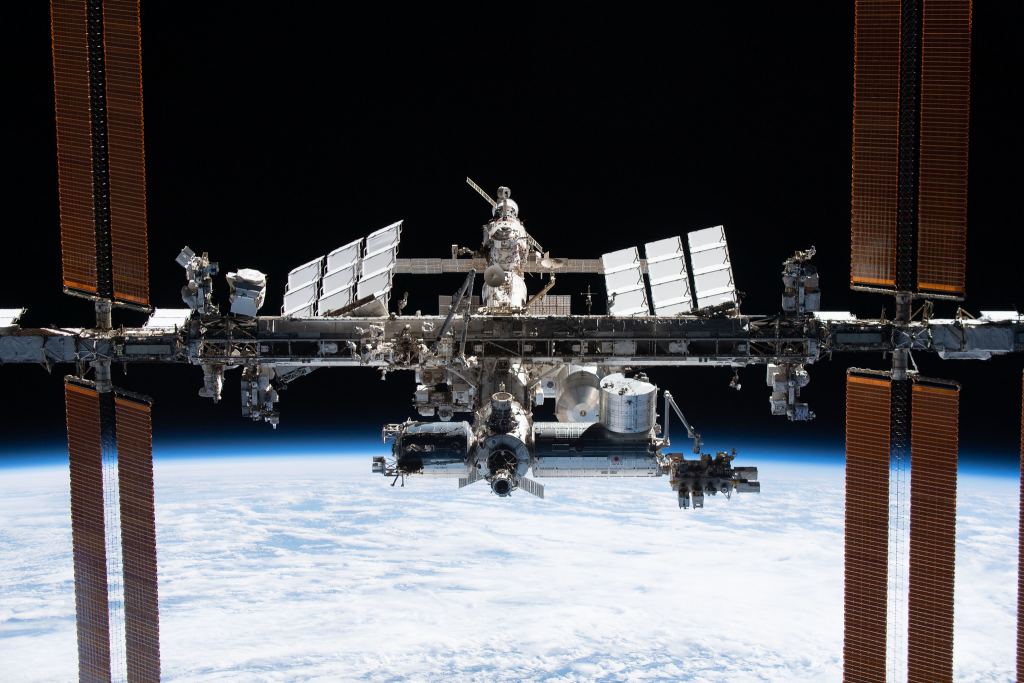 The International Space Station is pictured from the SpaceX Crew Dragon Endeavour during a fly-around after undocking from the Harmony module. Credit: NASA/ESA

Previous gems include his statement in 2014 that the U.S. should invest in a “trampoline” to get its astronauts to the ISS. This tweet was in response to the imposition of economic sanctions in the wake of Russia’s annexation of Crimea. Earlier this year, shortly after Russia began its invasion of Ukraine, he issued similar statements, claiming that NASA should invest in “broomsticks” to get to the ISS. Someone forgot to inform Rogozin that the U.S. had reestablished domestic launch capability with the help of SpaceX as part of NASA’s Commercial Crew Program (CCP).

It didn’t matter, though, as Elon Musk quickly replied with videos that showed Falcon 9s taking off from Cape Canaveral (with the caption “American Broomstick!”). Further inflammatory statements included Rogozin threatening to withdraw from the International Space Station (ISS), which he followed up with a video (compiled by Roscosmos) that showed the Russian segments closing their hatches and detaching from the ISS. Musk responded again, tweeting that SpaceX could pick up the slack, using its Crew Dragon spacecraft to provide maneuvering and corrective thrusts.

The list goes on, but the cherry on the sundae had to be the troll war he got into with astronaut Mark Kelly, who hit Rogozin up with some well-placed barbs! It began when Rogozin posted a video that showed technicians at the Baikonur Cosmodrome taping over the American and Japanese flag decals on a Russian rocket, with the caption: “The launchers at Baikonur decided that without the flags of some countries, our rocket would look more beautiful.”

In response, Kelly posted (in Russian), “Dimon, without those flags and the foreign exchange they bring in, your space program won’t be worth a damn. Maybe you can find a job at McDonald’s if McDonald’s still exists in Russia.” Rogozin ended the conversation by blocking Kelly, who posted the block notice like it were a badge of pride! However, there is no indication that this reshuffle will result in a change in policy or represents an attempt at rapprochement with NASA or the European Space Agency (ESA). 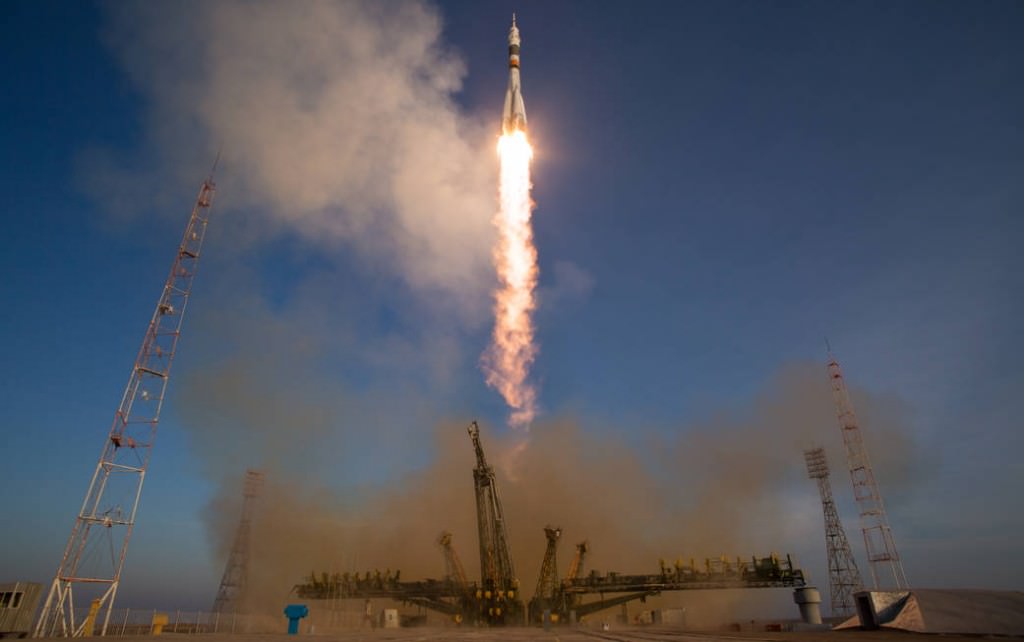 The Soyuz TMA-19M rocket launching with the Expedition 46 crew bound for the ISS. Credit: NASA/Joel Kowsky

What’s more, it does not appear that it was motivated by any frustration (on Putin’s part) with Rogozin or his leadership of Russia’s space agency. According to rumors and some Russian media outlets, it represents Putin’s desire to punish Rogozin’s replacement, Yuri Borisov. Between 2018 and 2022, Borisov served as the Deputy Prime Minister of Russia under PM Medvedev and Mishustin (a position previously filled by Rogozin). Between 2012 and 2018, Borisov was Deputy Minister of Defence, where he oversaw Russia’s weapons industries.

This reshuffle comes on the heels of rumors that Borisov is being blamed for the deficiencies in Russia’s weapons programs and military supplies. These issues have been highlighted by the country’s failed operations in Ukraine and include equipment failures of every kind, expired rations, and swaths of vehicles breaking down and having to be abandoned. That being said, Borisov’s appointment to the important role of Roscosmos chief suggests he hasn’t fallen completely out of favor with Moscow.

As a result, it’s unlikely that this reshuffling will change anything. As we wrote previously, Rogozin’s statements were always to be taken with a grain of salt since he cannot make good on his threats. Russia cannot simply withdraw from the ISS for logistical reasons, nor can it terminate all of its agreements in space without hurting its economy. So it would seem that Russia’s continued cooperation aboard the ISS is assured and Roscosmos’ agreements with other space agencies will remain shelved until the war ends.

One thing we can look forward to (hopefully) is less trolling! Unless Borisov is just as unhinged and inept regarding social media use, Roscosmos is less likely to get into a war of words on Twitter!

The post Dmitry Rogozin is no Longer the Head of Roscosmos appeared first on newsastronomy.com.