News Astronomy > News > Despite its draining power, NASA’s InSight Mars lander is determined to squeeze as much science as it can until the very last moment

Its solar panels are caked with dust and the batteries are running out of juice, but NASA’s InSight Mars lander continues to soldier forth collecting more science about the Red Planet until its very last beep. To conserve energy, InSight was projected to shut down its seismometer—its last operational science instrument—by the end of June, hoping to survive on its remaining power until December. The seismometer has been the key instrument designed to measure marsquakes, which it has been recording since it touched down on Mars in 2018, and recently recorded a 5.0-magnitude quake, the biggest yet. 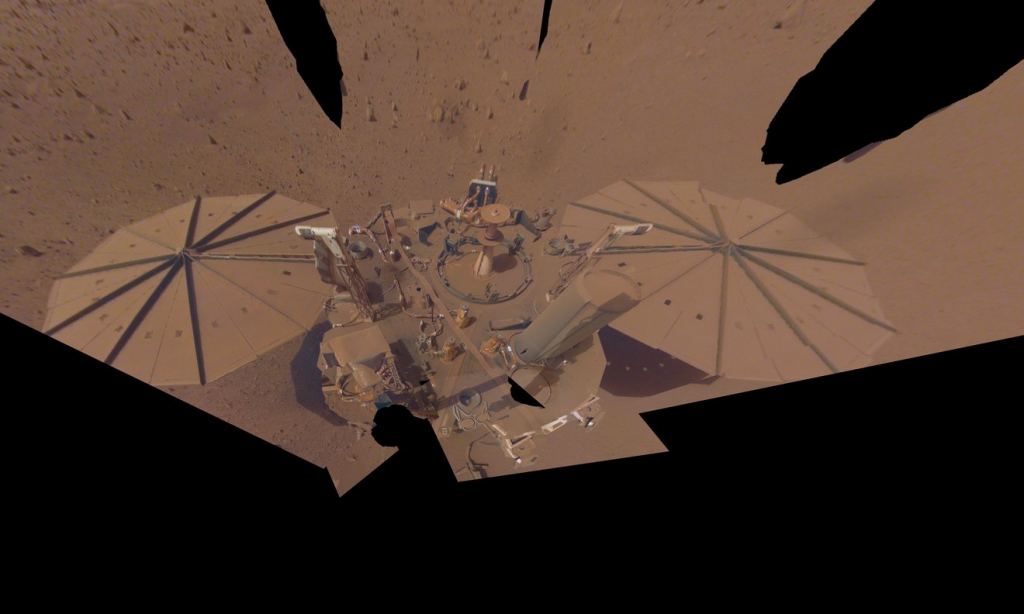 But instead of shutting down this key instrument, the team now plans to program the lander so that the seismometer can operate longer, perhaps until the end of August or into early September. Doing so will discharge the lander’s batteries sooner and cause the spacecraft to run out of power at that time as well, but it might enable the seismometer to detect additional marsquakes.

“InSight hasn’t finished teaching us about Mars yet,” said Lori Glaze, director of NASA’s Planetary Science Division in Washington. “We’re going to get every last bit of science we can before the lander concludes operations.”

Launched from Vandenburg AFB on May 5, 2018, NASA’s InSight lander touched down in Elysium Planitia, Mars on November 26, 2018, and it’s safe to say that its time on Mars has been a productive one. Its science goals included studying how rocky planets both formed and evolved as well as to figure out how tectonically active Mars is today. During its venture, InSight successfully detected the first quake on another planet; gathered new information about Mars’ three major layers—crust, mantle, and core; detected traces of an ancient magnetic field “frozen” in the crustal rocks; and studied dust devils and other atmosphere and weather data.

Unfortunately, Mars is a dusty place, and this proved to be a problem for the lander. Since InSight is solar-powered, any obstruction of the solar panels undoubtedly reduces the sunlight it receives to keep going. While past rover such as Opportunity were blessed with dust devils cleaning their own solar panels, allowing it to stay powered for years past its initially planned 90-day mission, InSight was not granted this same gift. Now the lander is covered with far more dust than it was in its first selfie, taken in December 2018, not long after landing – or in its second selfie, composed of images taken in March and April 2019. 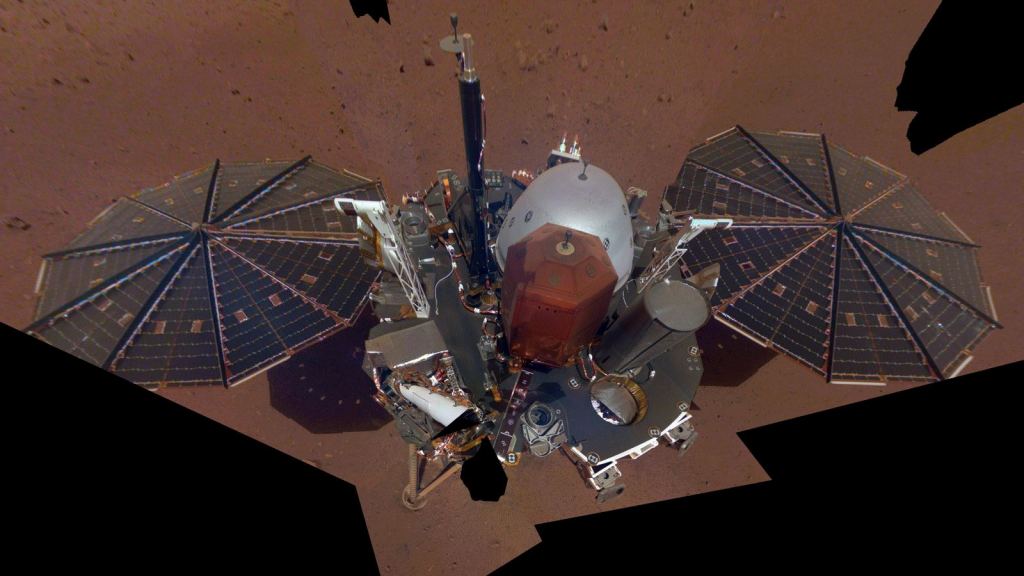 Taken on Dec. 6, 2018 (sol 10), this was NASA InSight’s first full selfie on Mars. It displays the lander’s solar panels and deck. On top of the deck are its science instruments, weather sensor booms and UHF antenna. (Credit: NASA/JPL-Caltech) 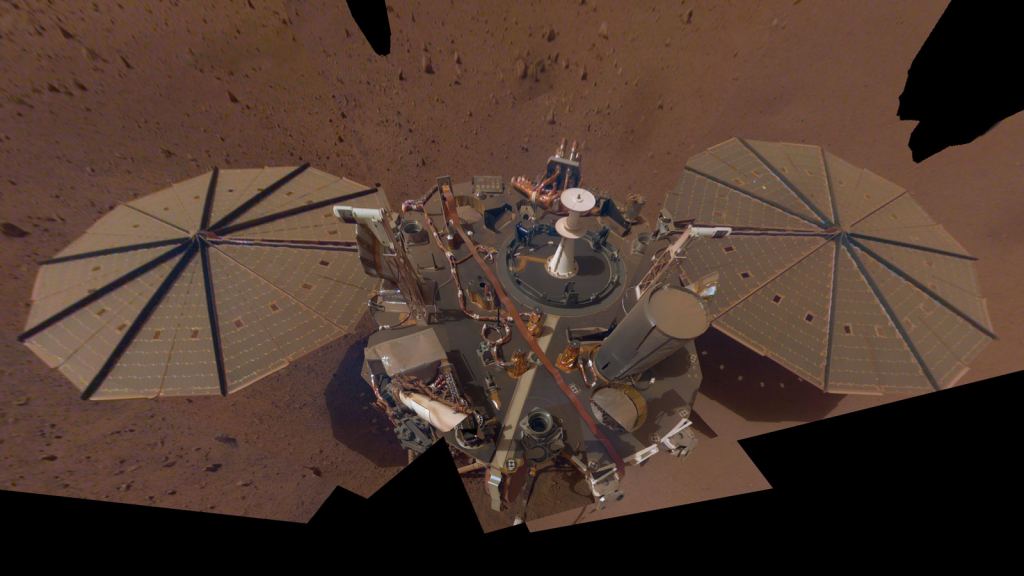 This was NASA InSight’s second full selfie on Mars. Since taking its first selfie, the lander removed its heat probe and seismometer from its deck, placing them on the Martian surface; a thin coating of dust now covered the spacecraft as well. This selfie is a mosaic made up of 14 images taken on March 15 and April 11 — the 106th and 133rd Martian days, or sols, of the mission — by InSight’s Instrument Deployment Camera, located on its robotic arm. (Credit: NASA/JPL-Caltech)

All instruments but the seismometer have already been powered down. Like other Mars spacecraft, InSight has a fault protection system that automatically triggers “safe mode” in threatening situations and shuts down all but its most essential functions, allowing engineers to assess the situation. Low power and temperatures that drift outside predetermined limits can both trigger safe mode.

To enable the seismometer to continue to run for as long as possible, the mission team is turning off InSight’s fault protection system. While this will enable the instrument to operate longer, it leaves the lander unprotected from sudden, unexpected events that ground controllers wouldn’t have time to respond to.

“The goal is to get scientific data all the way to the point where InSight can’t operate at all, rather than conserve energy and operate the lander with no science benefit,” said Chuck Scott, InSight’s project manager at NASA’s Jet Propulsion Laboratory in Southern California.

While there are currently no proposals for future missions like InSight’s, NASA is currently working on bringing Mars samples back to Earth sometime in the 2030s. This sample return mission is the next step after NASA’s Perseverance Rover successfully collected several cored samples from the Martian surface and left them directly on the surface where they will hopefully be picked up and returned to Earth in the coming years.

What new discoveries will we make about Mars in the coming years? Only time will tell, and this is why we science!

The post Despite its draining power, NASA’s InSight Mars lander is determined to squeeze as much science as it can until the very last moment appeared first on newsastronomy.com.