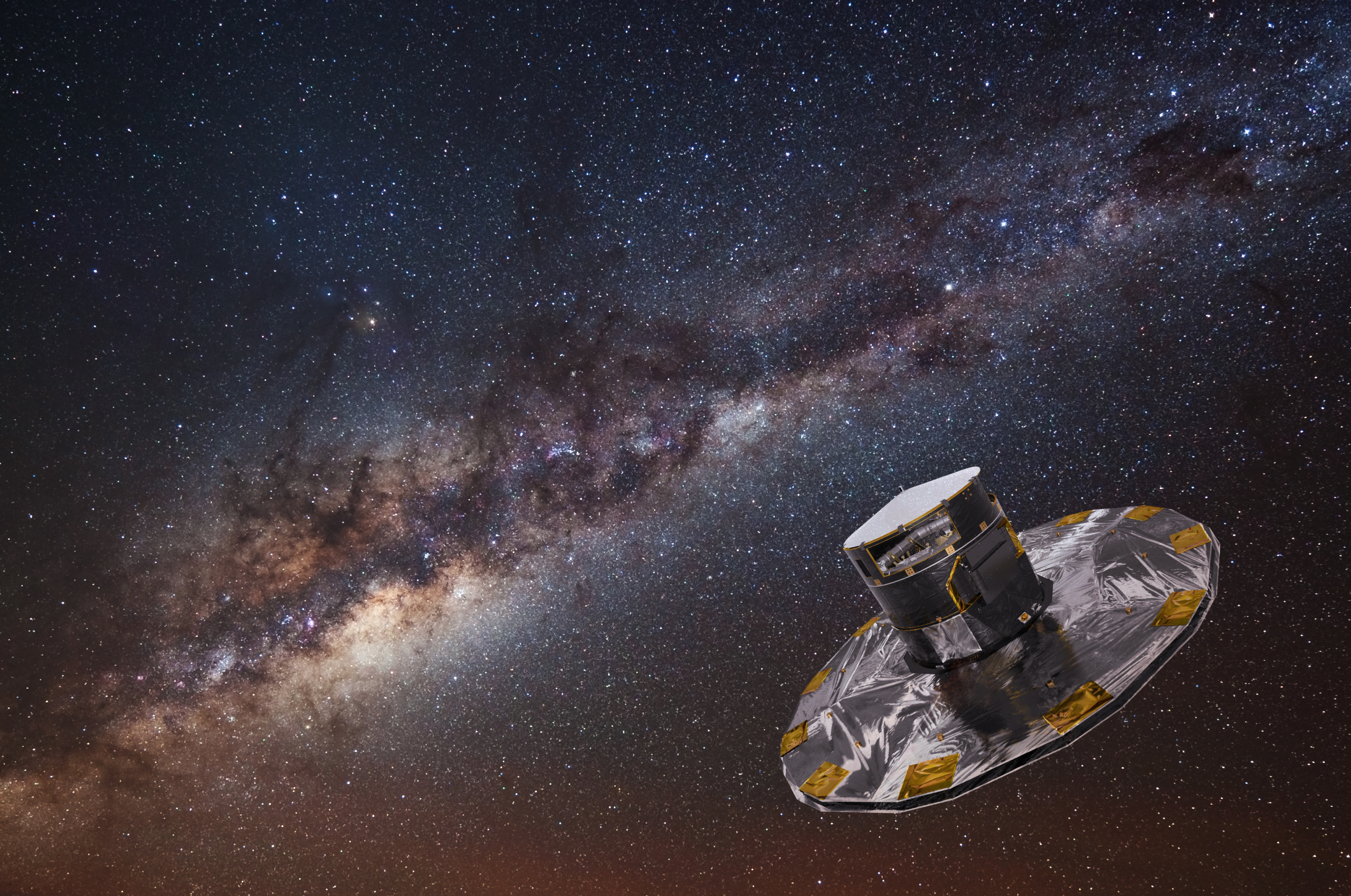 On June 13, the third major data release from the European Space Agency’s (ESA) Gaia mission revealed details about the past and future of our solar system’s star, the Sun, by using data collected by Gaia on stars of similar mass and composition to our Sun.

Gaia is a star mapping mission and collects massive amounts of data on the intrinsic properties of the billions of stars present in our galaxy and neighboring regions of the universe with every major data release. In this release, named DR3, Gaia examined many parameters of the stars it observed, such as their temperatures, sizes, masses, and much more.

One of Gaia’s best abilities as a star mapping mission is to be able to collect exceptionally accurate measurements of a star’s luminosity, or brightness, and surface temperature. Gaia and research teams primarily do this by separating the light from a star using a prism into a rainbow of colors called a spectrum. When observing a star, spectral lines, which most commonly appear as black or dimmed lines, will appear on the spectrum. Where these spectral lines lie on a spectrum can tell scientists what elements are present in the star. 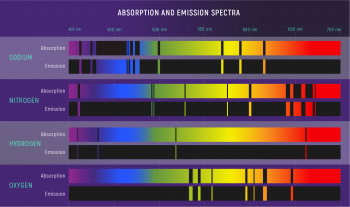 The absorption and emission spectra of various common elements. Notice the lines on each spectrum. Those are spectral lines. (Credit: NASA/ESA/Leah Hustak (STScI)

When both Cannon and Maury’s classifications are correlated onto a single graph, it allows every star in the universe to be plotted out onto a singular diagram called the Hertzsprung-Russell (HR) diagram. HR diagrams plot the intrinsic luminosity and effective surface temperature of stars against one another, revealing how stars evolve throughout their life cycles, which can last billions of years. HR diagrams have become extremely important in astrophysics research regarding stars and were used by the team that researched the past and future of our Sun. 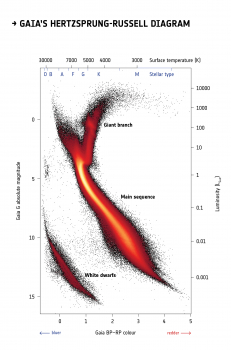 Our Sun is currently 4.57 billion years old. In star terms, this means the Sun is relatively middle-aged and is fusing hydrogen into helium in a generally stable state. This stability will not last forever, as the hydrogen being fused will eventually begin to deplete from the Sun’s core, causing massive and notable changes in the star’s fusion process to occur. These changes include the star swelling up to a larger size, which will subsequently lower the star’s surface temperature changing the color to red. However, the exact process by which these changes occur is dependent upon the chemical composition of a star and the mass it contains.

And this is where Gaia’s DR3 data comes in.

When scouring through the DR3 data the team of researchers, led by Orlagh Creevey of the Observatoire de la Côte d’Azur in France with collaborators from Gaia’s Coordination Unit 8, were searching for the most accurate, precise, and detailed observational data on stars that Gaia had collected. More specifically, Creevey et al. were searching for stars that boasted surface temperatures between 3,000 Kelvin and 10,000 Kelvin. Stars within this temperature range are typically the longest-lived stars in our galaxy, which can help scientists reveal the history of our Milky Way. What’s more, stars in this temperature range are fantastic candidates for discovering new exoplanets due to their similarities to our Sun, which has a surface temperature of 6,000 Kelvin.

“We wanted to have a really pure sample of stars with high precision measurements,” Creevey said.

After combing through the DR3 data and selecting stars for their research, Creevey et al. filtered out their sample of stars to only show stars that possessed the same mass values and chemical composition as our Sun. Since mass remains relatively unchanged throughout a star’s lifetime, the filtered stars could be of different ages, and when placed onto an HR diagram, the stars trace out a line. This line represents the evolution and life cycle of our Sun — from its birth 4.57 billion years ago to its death, which is still several billion years away. What’s more, the HR diagram reveals the way in which our Sun’s temperature and luminosity will change over time.

The past, present, and future of our Sun. (Credit: ESA/Gaia/DPAC)

Researchers like Creevey et al. specifically found stars similar to our Sun to understand how our parent star will evolve, similar to how exoplanet scientists will search for Earth-like exoplanets to determine how Earth will evolve in the future and how it evolved in its past.

“If we don’t understand our own Sun – and there are many things we don’t know about it – how can we expect to understand all of the other stars that make up our wonderful galaxy?” said Creevey.

When looking through the DR3 data, Creevey et al. were specifically looking for stars that featured similar temperatures, gravitational values, chemical compositions, mass values, and radii to our present-day Sun — for which they found a total of 5,863 stars. This list of so-called “solar analogs” will allow scientists to more thoroughly investigate each star used in the Creevey et al. data. Future research on these solar analogs could investigate whether these stars feature planetary systems or if the stars rotate at a rate similar to that of our Sun.

DR3’s release once again highlights the extreme accuracy and unmatched capabilities of Gaia, which has allowed the characteristics of our galaxy’s stars to be understood better than they ever have before. The Creevey et al. study is just one of what could be hundreds of studies to come from the DR3 data, some of which will research non-stellar topics like galaxies.

ESA’s Gaia launched in 2013 atop a Soyuz ST-B rocket from Kourou, French Guiana on a mission that is currently set to operate until 2025, with the limiting factor being the spacecraft’s supply of nitrogen for its cold gas thrusters and micro-propulsion system. Gaia’s primary purpose is to perform exceptionally detailed and accurate astrometry, which is the measurement of the position, distances, and motion, of the stars in our galaxy. One of the primary goals of Gaia’s mission is to construct the largest and most precise 3D model/catalog of our local region of space ever created.

The post Data from ESA’s Gaia mission reveals our Sun’s future and past appeared first on newsastronomy.com.