We know the universe is expanding, and we have a pretty good idea of how fast it’s expanding, but we don’t know the rate exactly. That’s because of the different methods we have to measure the rate of cosmic expansion keep giving us slightly different results. It’s a nagging problem that bugs astronomers, so while they have worked to ensure current methods are accurate, they have also looked to new ways to measure cosmic expansion. One of these new ways involves gravitational waves.

Gravitational wave observatories such as Virgo and LIGO have gotten pretty good at detecting the mergers of binary black holes. They’ve observed nearly a hundred mergers, and from each merger, astronomers can calculate things such as the mass and rotation of each black hole. What’s more difficult to determine is how distant the mergers were. 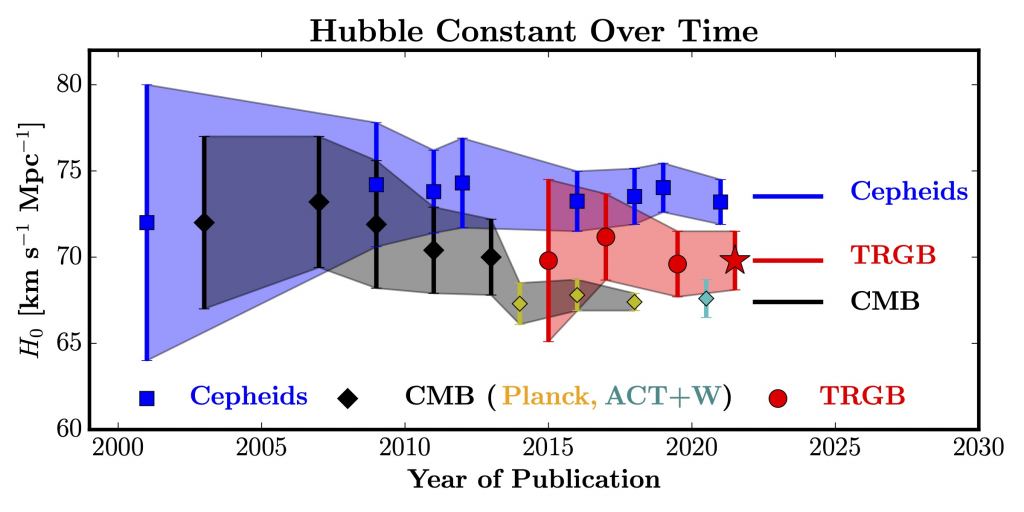 When we observe a distant galaxy, its light appears redder than it actually is. This redshift is caused by cosmic expansion. The universe expands a bit during the time light travels from the galaxy to us, and this stretches the wavelength of the light, shifting it toward the red end of the spectrum. The more distant the galaxy, the longer light takes to reach us, and the more redshifted it is. This is why we can use redshift as a measure of galactic distance. A similar thing happens with gravitational waves. 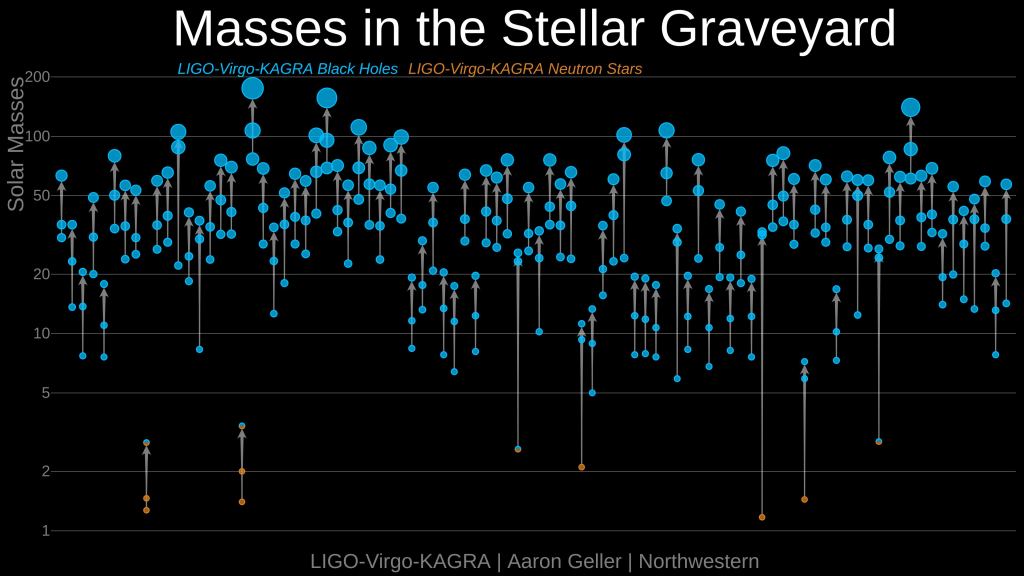 The process would be similar to the way we use supernovae as standard candles. We’ve observed lots of black hole mergers in the local universe, so we have a good idea of the distribution of black home masses. The mass spectrum, if you will. As LIGO and other gravitational wave observatories get more sensitive, we will be able to detect more distant mergers. These will be distant enough that they will be redshifted. By comparing the mass spectrum of nearby black holes with that of more distant ones, astronomers will be able to calibrate the rate of cosmic expansion. The authors call this the spectral siren method and argue that local black hole mergers could be used as standard sirens.

Early on this method won’t be very accurate. Even with a few hundred local black holes, the uncertainty of a standard siren would be too large to resolve the cosmic expansion problem. But over time it could become accurate enough. We’re still in the early stages of gravitational wave astronomy, and there’s a great deal still to learn if we just listen to gravity’s siren song.

The post Colliding Black Holes Provide Another way to Measure Distance in the Universe appeared first on newsastronomy.com.