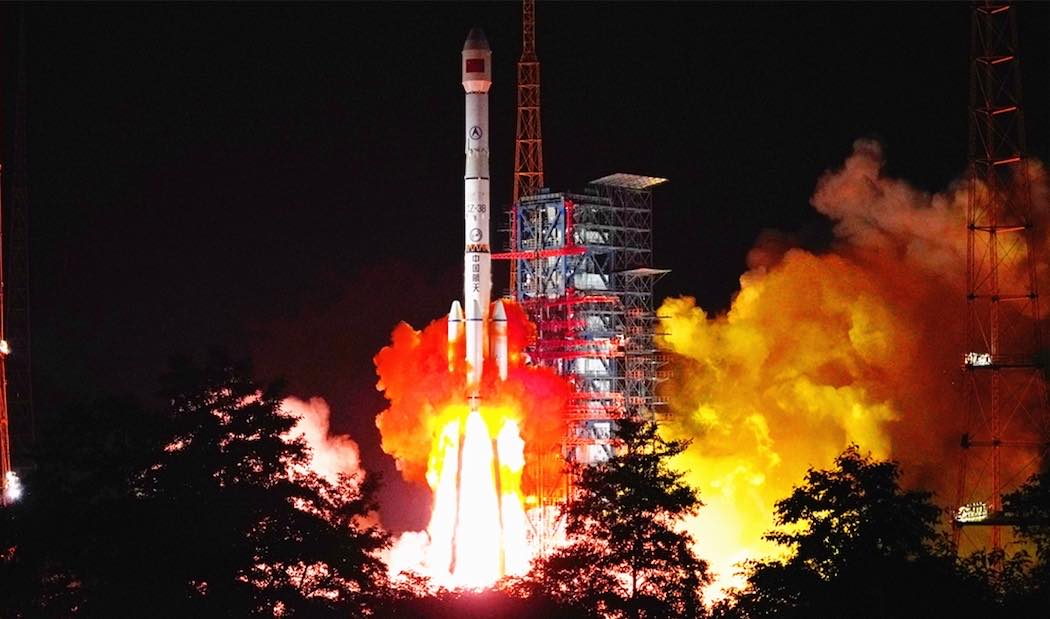 A Long March 3B rocket lifts off with the Tianlian 2-03 data relay satellite. Credit: CASC

China launched the eighth satellite for its Tianlian data relay network in geostationary orbit on a Long March 3B rocket Tuesday, adding capacity to a constellation linking mission controllers with the Chinese space station and other low-orbiting spacecraft.

The Tianlian 2-03 satellite launched at 12:30 p.m. EDT (1630 GMT) Tuesday from the Xichang space center in a mountainous region of China’s southwestern Sichuan province. The launch occurred at 12:30 a.m. Beijing time Wednesday, according to the China Aerospace Science and Technology Corp., or CASC.

The spacecraft rode into orbit on top of a Long March 3B rocket, a launcher that burns toxic hydrazine fuel and nitrogen tetroxide as oxidizer. The hypergolic propellants ignite upon contact with each other.

The 185-foot-tall (56.3-meter) Long March 3B rocket generated about 1.3 million pounds of thrust at liftoff from its four core stage engines and four liquid-fueled strap-on boosters. The Long March 3B arced downrange east from the Xichang launch base, and jettisoned its core stage and boosters in the first three minutes of the flight.

The third stage injected the Tianlian 2-03 satellite into an elongated, or elliptical, geostationary transfer orbit ranging between 120 miles and 22,263 miles (194-by-35,829 kilometers) in altitude, according to publicly-available U.S. military tracking data. The Tianlian 2-03 satellite was tracked in an orbit inclined 27.2 degrees to the equator.

The spacecraft was expected to extend its power-generating solar panels and use its own propulsion to maneuver into a circular orbit more than 22,000 miles over the equator in the coming weeks. At that altitude, the satellite will orbit in lock-step with Earth’s rotation, providing the spacecraft a fixed view of an entire hemisphere of Earth.

China’s other Tianlian data relay nodes fly in a similar orbit, each with its own geographic coverage area to provide near-continuous links between Chinese engineers on the ground and lower-altitude satellites as they travel around the planet. 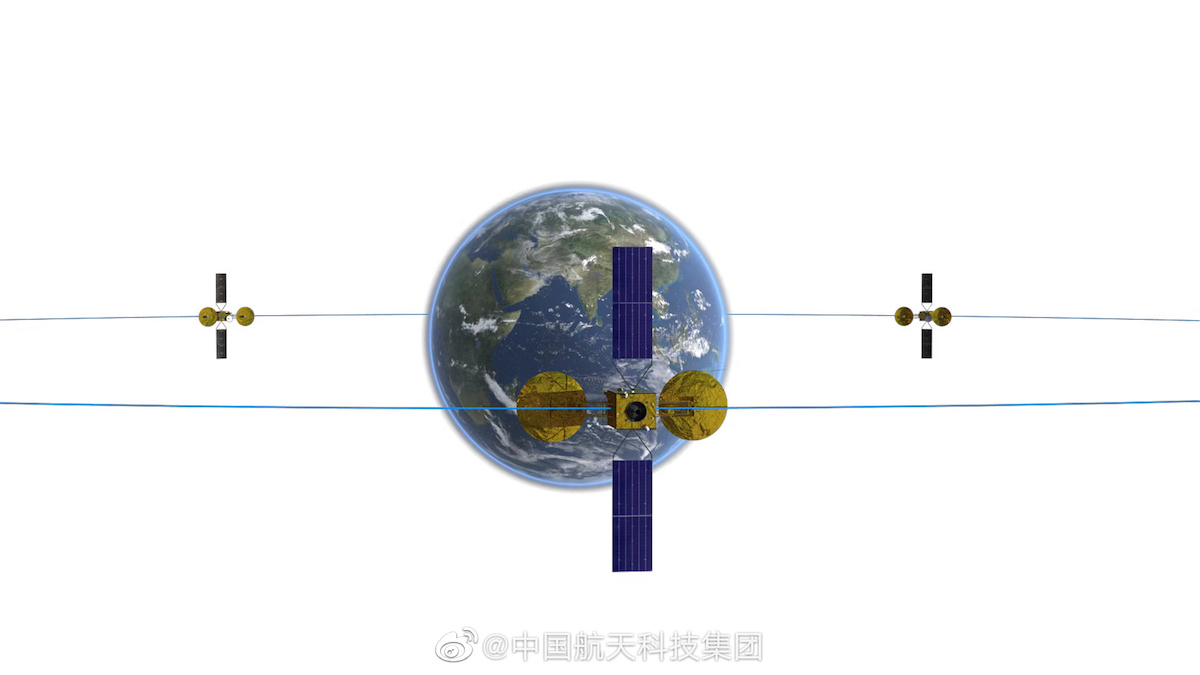 China launched five first-generation Tianlian satellites from 2008 through 2021. The first spacecraft in the second-generation Tianlian system launched in 2019, debuting a larger, more capable design with the ability to connect to more spacecraft at the same time, and provide higher data transmission rates. China sent a second Tianlian 2-series satellite into orbit in December 2021.

The second-generation satellites are based on the DFH-4 spacecraft bus produced by the China Academy of Space Technology.

With the satellite launched this week, the second-generation Tianlian system — now consisting of three spacecraft — will provide global coverage on its own. The new launch allows the network to “meet the global coverage of medium and low orbit spacecraft and provide 24-hour uninterrupted communication,” CASC said.

The data relay network also provides services for other satellites in China’s fleet, and helps track rockets during launch, CASC said. The Tianlian satellites are similar to NASA’s constellation of Tracking and Data Relay Satellites.

Before the Tianlian satellites, Chinese controllers relied on a patchwork of ground stations to link with space missions. Those only provided partial coverage, leaving mission controllers out of contact with satellites and astronaut crews for long periods of time.