With two rockets from industry rivals United Launch Alliance and SpaceX ready for liftoff just 12 hours apart Thursday, the Cape Canaveral spaceport is poised to surpass the record for most missions in a year to fly into orbit from its launch pads. The launch day doubleheader would also mark the shortest span between two space launches from Florida’s Space Coast since 1967.

ULA and SpaceX, the two launch companies with the biggest presence on the Space Coast, are scheduled to launch rockets Thursday morning and Thursday evening from Cape Canaveral Space Force Station.

The U.S. Space Force, which runs the Eastern Range that oversees public safety for launches out of Florida’s Space Coast, has been ready to support two launches in a single day for at least a couple of years. Space Launch Delta 45, formerly the 45th Space Wing, has upgraded infrastructure, streamlined operations, and encouraged rocket companies to switch to autonomous flight safety systems to help shorten the time needed between launches.

Col. Mark Shoemaker, the vice commander of Space Launch Delta 45, said the range has booked launches on the same day on more than 20 occasions in the last two-and-a-half years. But the launches have been delayed by bad weather or technical issues with the rocket.

“There’s been a ton of hard work across our operations, our infrastructure, our instrumentation, technical pieces, our safety team, just across the board, the entirety of our organization, to get to this point,” Shoemaker said in an interview with Spaceflight Now.

“So the ability to make it happen on Thursday, knock on wood, will be … just a validation to everybody that the areas where we have spent time and effort to improve were the right places, and this just then becomes kind of a normal service capability that we provide to anybody that wants to launch off of Cape Canaveral.”

With another launch doubleheader on the books Thursday, Shoemaker joked that the range team at Cape Canaveral is using a famous baseball superstition: “Nobody talk about the no-hitter until it’s over.”

ULA’s Atlas 5 rocket is set to lift off first from Space Launch Complex 41, during a 40-minute window opening at 6:29 a.m. EDT (1029 GMT) Thursday. The U.S. Space Force’s SBIRS GEO 6 missile warning satellite is the sole payload on the Atlas 5 rocket.

If both missions take off on time, they would depart Cape Canaveral about 12 hours and 39 minutes apart. They would also mark the 33rd and 34th orbital launch attempts from Cape Canaveral Space Force Station and NASA’s Kennedy Space Center this year. 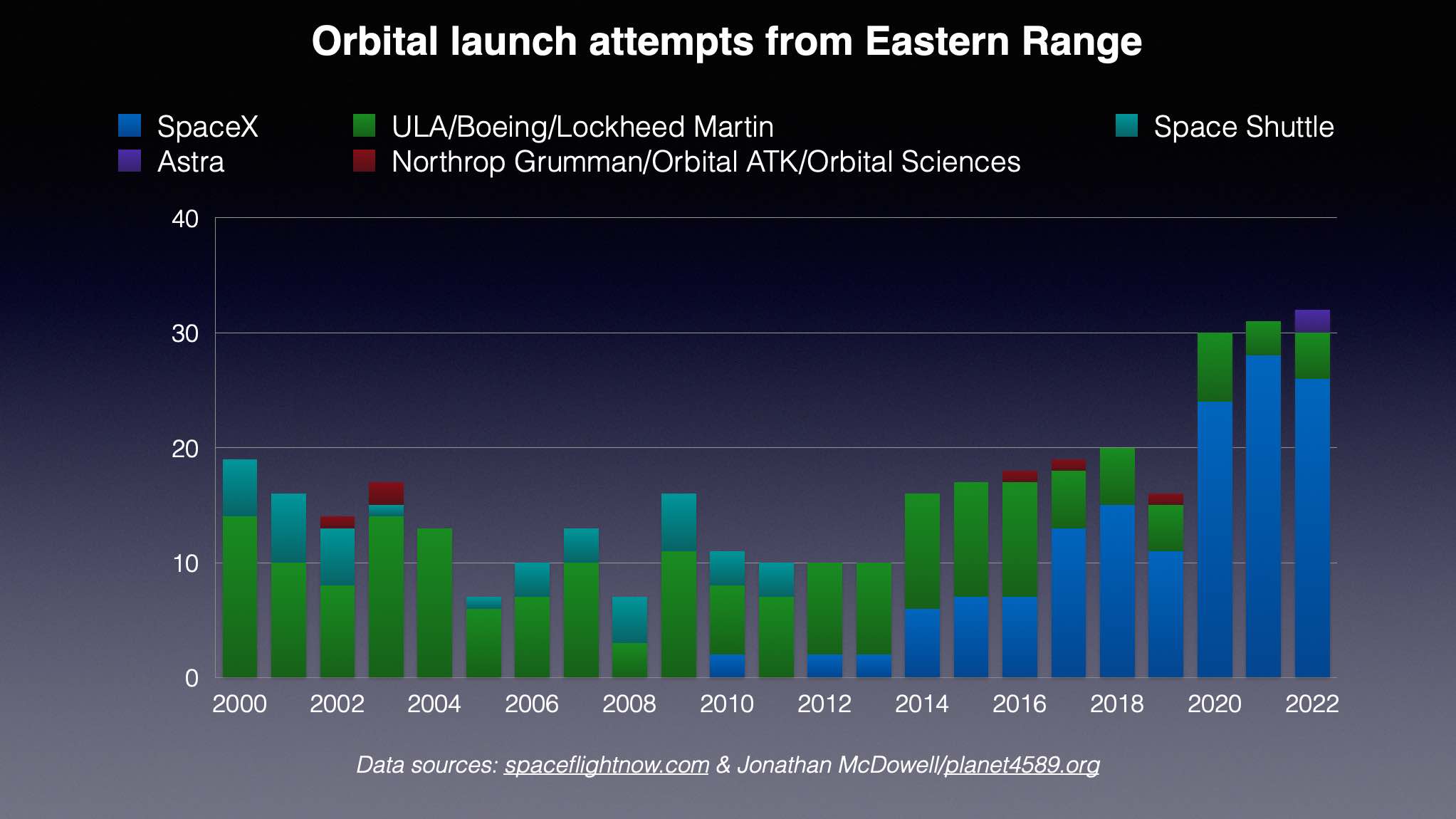 Thirty of the 32 orbital launch attempts so far this year have been successful. Assuming ULA and SpaceX succeed with their next missions, the figure will jump to 32-for-34.

That will be a new record for the most launches from the Space Coast to reach orbit in a calendar year, beating the 31 successful missions launched in 2021. The previous record number of orbital launch attempts in a year from Cape Canaveral and Kennedy Space Center — 31 orbital attempts in 2021 and 1966 — was eclipsed with the liftoff of a SpaceX rocket July 24.

Shoemaker said the Space Force has a different way of looking at the launch cadence.

“Over the last 365 days, we’ve had 42 space launches,” he said. “That gives us a better appreciation for what we’ve really been doing.”

The Eastern Range has been the busiest spaceport in the world for five consecutive years, and is likely to extend that to a sixth year in 2022.

“The entire team is really proud of it, and it starts to become the norm,” Shoemaker said. “There’s a balance between getting really excited about every single launch, yet this is what we do. An airport doesn’t get excited every time a plane takes off.

“And we have to live somewhere in between because space launch is still a baby compared to airplanes and flying, so it’s still a significantly risky activity, and there’s a lot of work that goes into every single launch. But in terms of setting records, I feel like we’ve already done that. It just depends upon when you snap the chalk line and start the counting.”

And there’s no sign of slowing down. “We’re looking at somewhere in the low-to-mid 60s probably for launches this calendar year,” Shoemaker said.

In the 1990s and 2000s, range officials said they typically needed about 48 hours to reconfigure infrastructure and equipment from one launch to the next. That turnaround time has improved with the help of automation.

The most critical example of that is the introduction of autonomous flight termination systems, replacing older-design destruct mechanisms that require a safety officer on the ground to send a termination command to a rocket if it flies off course and threatens populated areas. Without the human-in-the-loop flight safety system, the range crew can be smaller for each launch. The range has also switched in the last decade from using radars to GPS satellite tracking to monitor a rocket’s flight path. 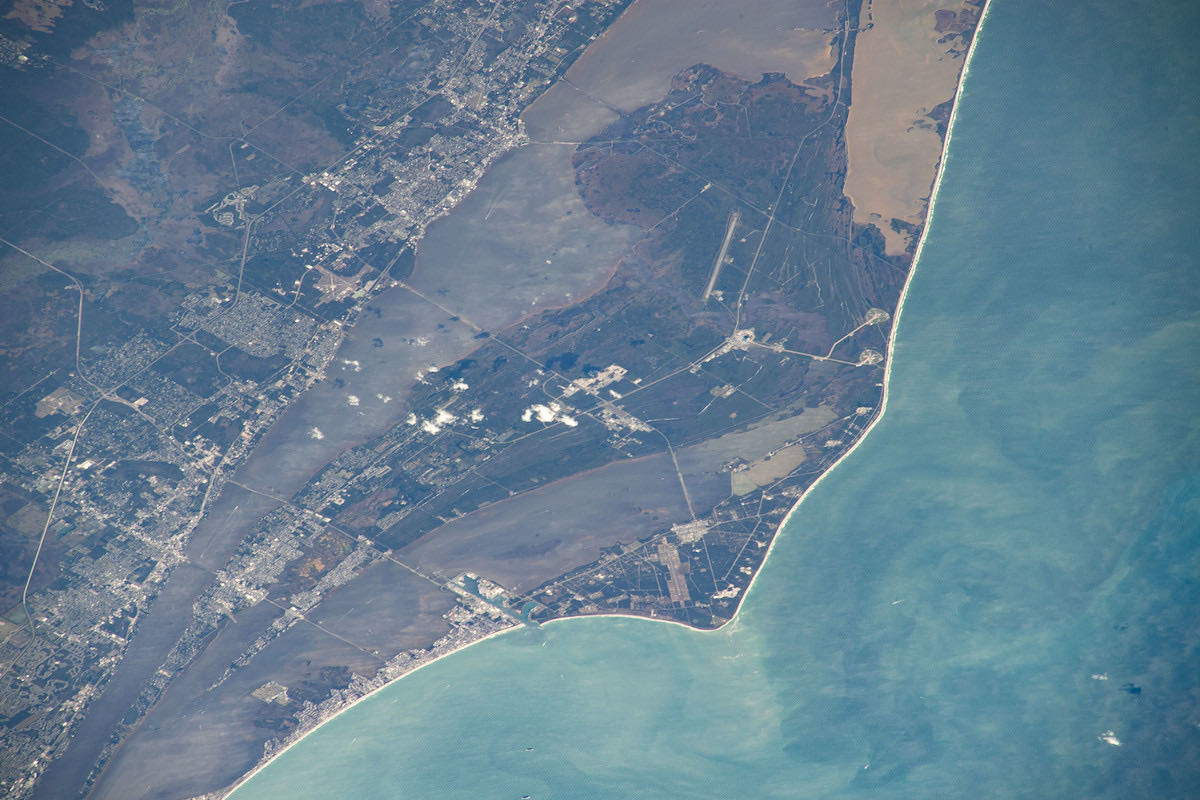 The Defense Department’s inspector general released a report in January highlighting issues with aging instrumentation and antennas at the military’s launch ranges in Florida and California. Much of that equipment is obsolete and due to be phased out when all rockets flying out of Cape Canaveral and Vandenberg Space Force Base transition to autonomous flight safety systems. The Space Force is requiring all range users have the autonomous system by 2025.

Instead of up to 48 hours between launches, Shoemaker said the automated flight safety system now allows missions to take off from different launch pads at Cape Canaveral as little as four hours apart.

In August 2019, a SpaceX Falcon 9 and an Atlas 5 rocket from ULA took off from neighboring pads at Cape Canaveral in a period of less than 35 hours. That was the shortest span between two orbital missions at Cape Canaveral since May 1981.

The Atlas 5 and Falcon 9 missions scheduled for Thursday would be the fastest back-to-back launches at Cape Canaveral since 1967, when there were two launches separated by less than 10 hours. An Atlas-Agena launch vehicle took off from Cape Canaveral just an hour and 39 minutes before the launch of the two-man Gemini 12 crew on a Titan rocket in November 1966. The Gemini 12 crew docked with the Agena upper stage in orbit.

Besides the debut of automated flight termination systems, the range has changed the way it works with other federal agencies to clear airspace for rocket launches.

“There are a lot of efforts our safety team has put together, along with our operations team, to work with coordinating access to airspace, or the reduction in the risk amount by just one order order of magnitude, one-in-a-million to one-in-100,000 for certain public safety aspects,” Shoemaker said.

“Those improvements, and tightening the analysis and understanding what risk really means to public safety, have allowed us to shrink the areas where we’re impacting airspace and sea space, which then makes it a lot easier for us to say yes to launch requests,” he said. 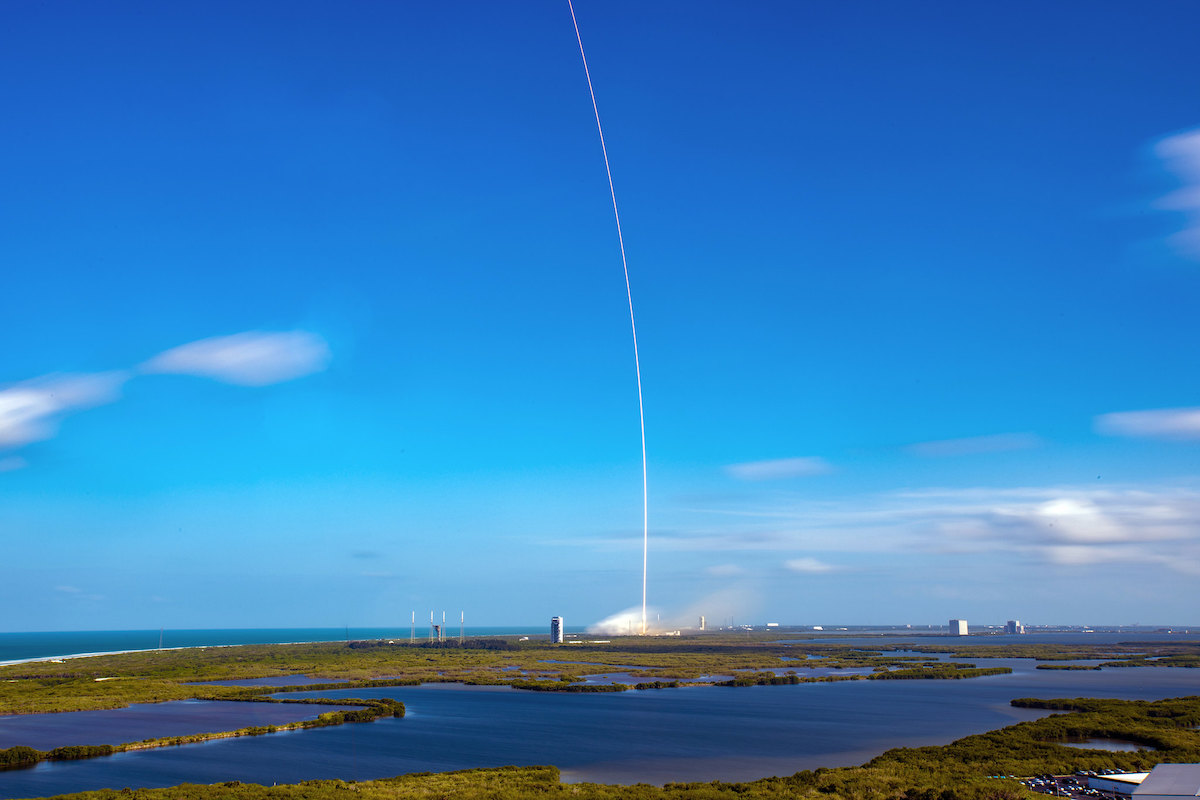 The Space Force’s weather team at Cape Canaveral is also improving the precision of their forecasts and observations to provide rocket companies with a better prediction of the conditions at launch time.

“When it gets time for the key decision on whether you fuel the vehicle or don’t fuel a vehicle, we have better precision on is it going to be good weather or bad weather at T-zero,” Shoemaker said.

The range is also studying whether it can relax some of the launch weather rules related to lightning, which could cause a rocket to fail in flight.

An improved weather radar being funded by the Space Force will provide better data about the exact positions of cloud layers that could put the rocket at risk of a lightning strike in flight. The launch weather officers have also started using a 3D weather tool, allowing teams to visualize a rocket’s flight path through the atmosphere, rather than relying on a two-dimensional view of the track from a conventional radar display.

“The more we get that precision, then the less overly conservative the launch weather officers have to be,” Shoemaker said.

Shoemaker said the Space Force is working with rocket companies to have more flexibility in their launch windows, allowing them to avoid times with bad weather or periods when there’s heavy air traffic along Florida’s east coast. 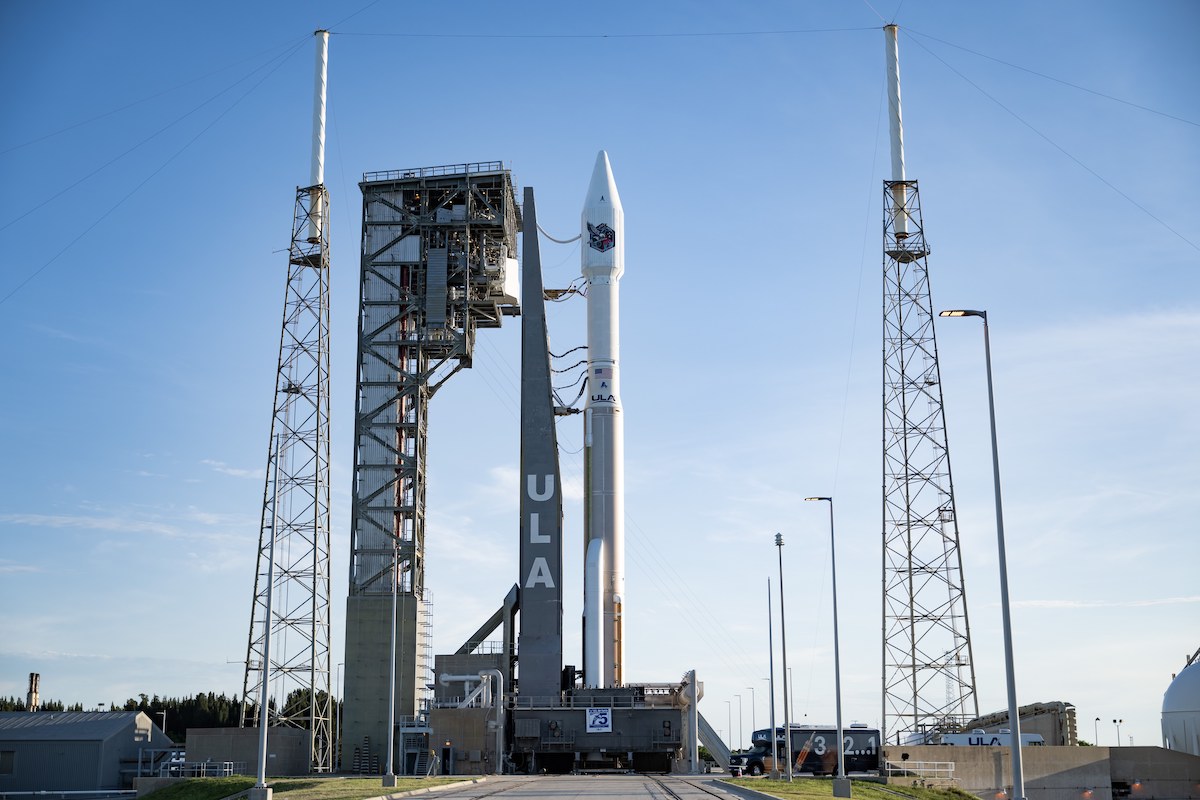 “There’s always the challenge of when you go into space, sometimes you got to go to certain time,” Shoemaker said. “But when there’s flexibility, we do impress upon them that a little give on their side makes it a lot easier for all of us to get to yes. It’s been a good partnership with all the companies that are active, and then we also communicate that to the upcoming launch companies, the ones that are building out capability, that the more they think about these types of flexible approaches now, they can benefit from the last three to five years of learning that ULA, and SpaceX, and Astra now have gone through on the East Coast.”

New licensing rules from the Federal Aviation Administration, the civilian regulatory agency that oversees space launches, allow essential personnel to remain working when a launch operation is underway on a nearby pad.

“So times when we would have required people to evacuate, we’re now allowed to let them stay on, and that keeps upwards of a few hundred people in place, continuing to do mission work, whereas before they would have lost perhaps even a full shift or a day of work,” Shoemaker said.