The Orion Nebula is a giant cloud of gas and dust that spans more than 20,000 times the size of our own solar system. It one of the closest active star-forming regions to Earth, and is therefore one of the most observed and photographed objects in the night sky. The venerable Hubble Space Telescope has focused on the Orion Nebula many times, peering into giant cavities in the hazy gas, and at one point, Hubble took 520 images to create a giant mosaic of this spellbinding nebula.

Now, Hubble has captured new views of a wispy, colorful region in the Orion Nebula surrounding the Herbig-Haro object HH 505.

Herbig-Haro objects can be found around newborn stars, and are bright regions that form after the gravitational collapse of interstellar gas clouds which create protostars. When stellar winds or jets of gas spew from these infant stars, this creates shockwaves that collide with nearby gas and dust at high speeds.

Scientists at ESA say that for HH 505, the star IX Ori is responsible for creating the outflows seen here. This star lies on the outskirts of the Orion Nebula around 1,000 light-years from Earth. “The outflows themselves are visible as gracefully curving structures at the top and bottom of this image,” they wrote. “Their interaction with the large-scale flow of gas and dust from the core of the nebula distorts them into sinuous curves.”

Our lead image image was captured with Hubble’s Advanced Camera for Surveys (ACS), by astronomers studying the properties of outflows and protoplanetary disks. The image shows bright shockwaves formed by the outflows as well as slower moving currents of stellar material. One of Hubble’s specialties is observing  ultraviolet light, and since the Orion Nebula is awash in intense ultraviolet radiation from bright young stars, this allows astronomers to directly observe these high-energy outflows and learn more about their structures. 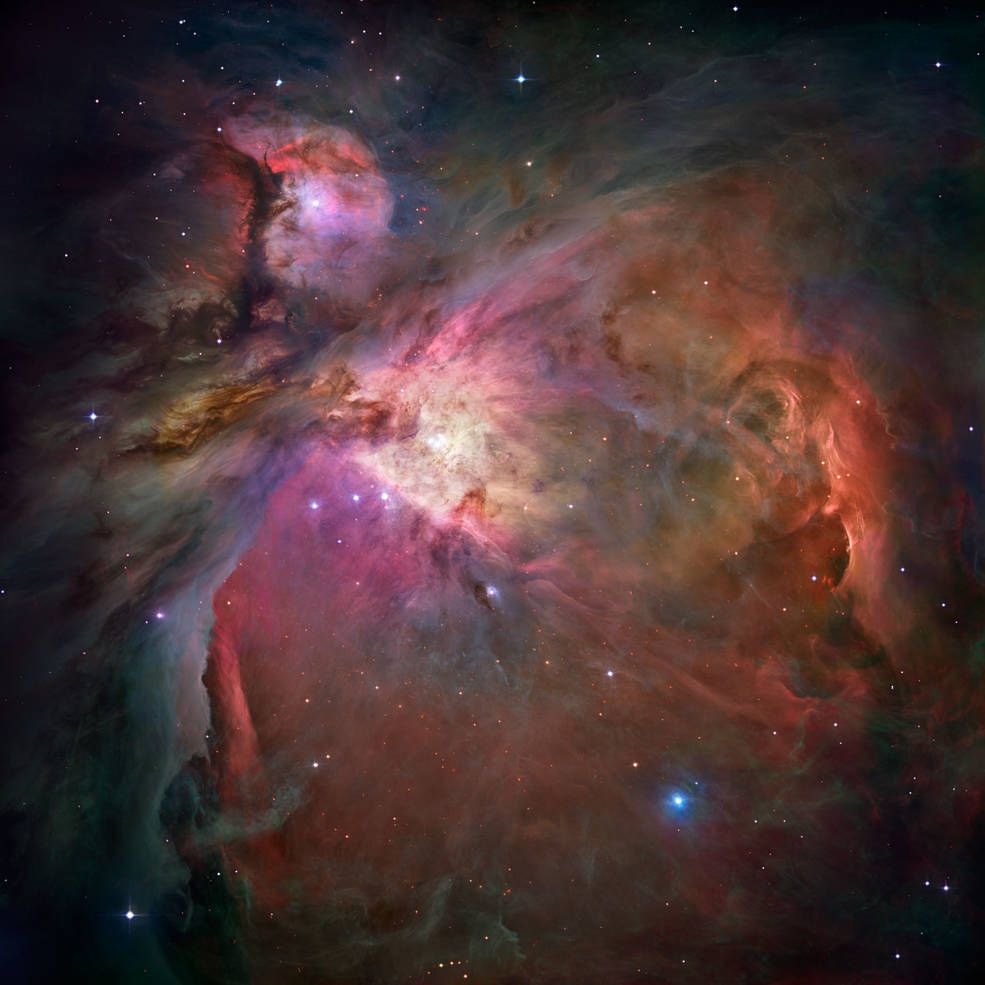 The Orion Nebula, one of the most studied objects in the sky. Astronomers used 520 Hubble images, taken in five colors, to make this picture.Image: NASA/ESA, M. Robberto (Space Telescope Science Institute/ESA) and the Hubble Space Telescope Orion Treasury Project Team.

The post Brand New Stars in the Orion Nebula, Seen by Hubble appeared first on newsastronomy.com.