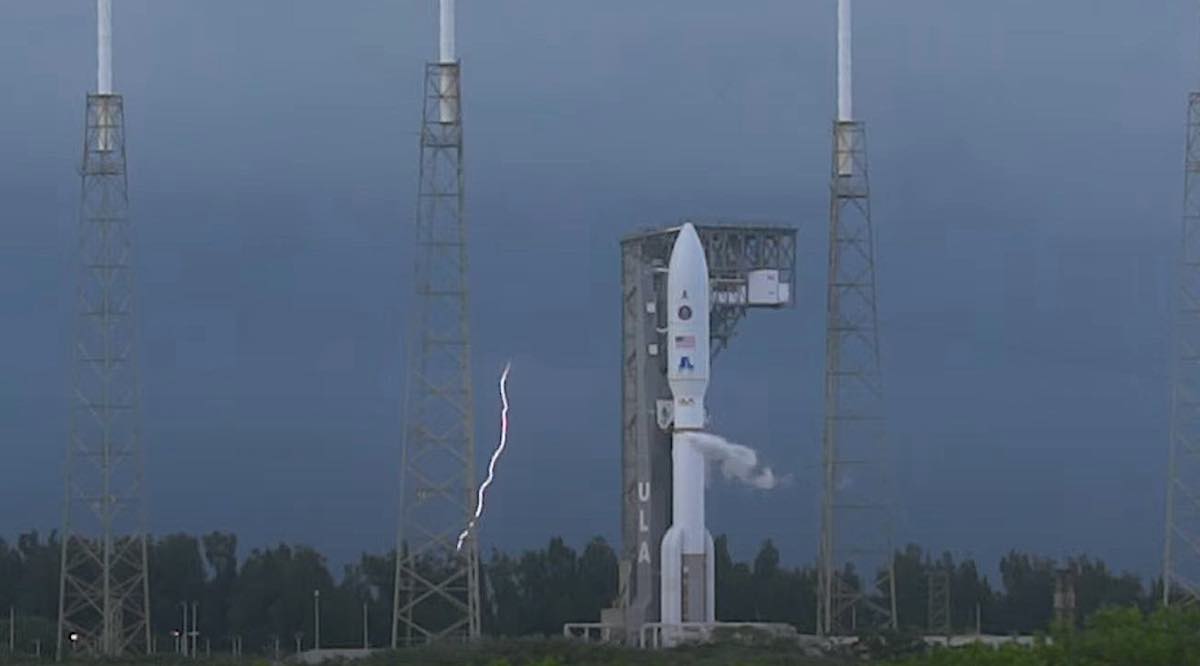 Officials scrubbed the launch of an Atlas 5 rocket for the U.S. Space Force Thursday due to the risk of lightning from nearby thunderstorms, delaying the liftoff of the $1.1 billon mission until Friday evening.

Weather conditions Friday are also forecast to be iffy for launch, with a 40% chance of favorable weather during the two-hour window opening at 6 p.m. EDT (2200 GMT).

Engineers discussed a problem with a transducer in the Atlas first stage’s propellant utilization system, but officials concluded the issue wasn’t a risk and determined the rocket has enough redundancy to proceed with the countdown and launch.

That decision left the weather as the only concern for launch during Thursday’s window, which opened at 6 p.m. EDT (2200 GMT). The launch team paused the countdown during the two-hour launch window in hopes the storms would clear the area, but persistent lightning and cloud cover forced officials to scrub the launch around 7:30 p.m. EDT.

The launch team drained cryogenic propellants from the Atlas first stage and the Centaur upper stage, and configured systems for another countdown beginning at 10:40 a.m. EDT (1440 GMT) Friday.

The Atlas 5 rocket is poised to haul two experimental Space Force satellites into a geosynchronous orbit more than 22,000 miles (about 36,000 kilometers) over the equator.

One of the payloads, called the Wide Field of View Testbed, will demonstrate a next-generation infrared sensor that could better detect and track heat plumes from foreign missile launches. The other spacecraft is called the USSF-12 Ring, and it hosts multiple classified experiments and technology demonstration payloads, according to the Space Force.

The mission will mark the fourth flight of an Atlas 5 rocket this year, and the 94th Atlas 5 launch overall.