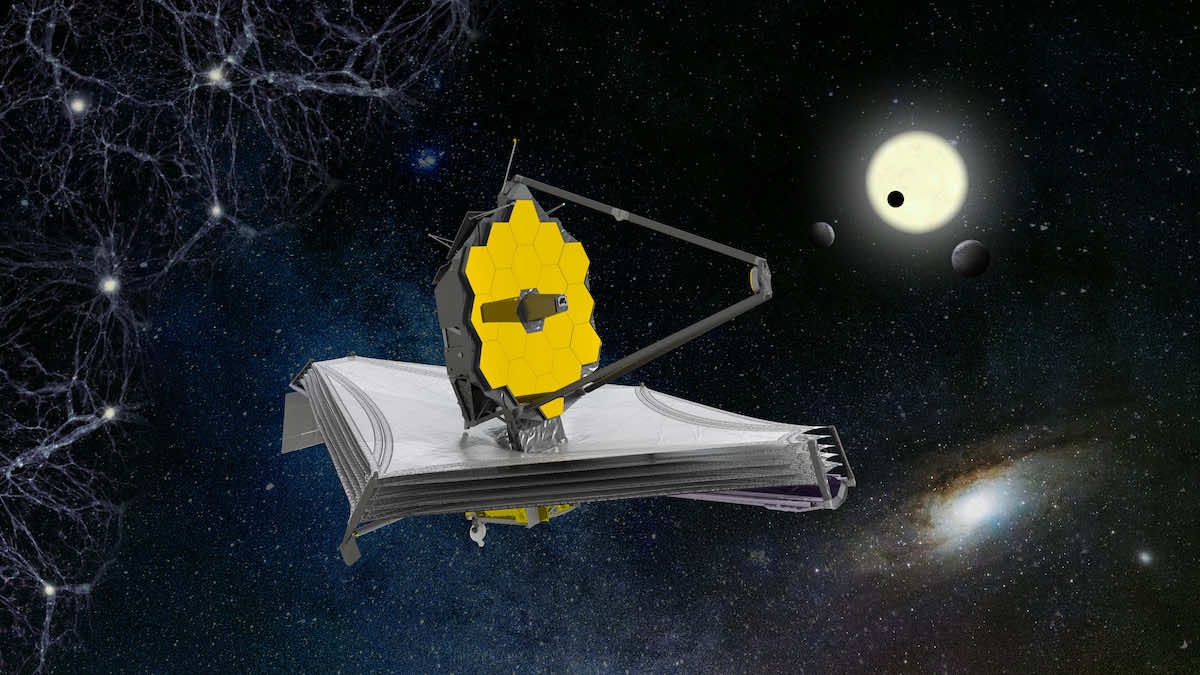 Artist’s concept of the James Webb Space Telescope as it appears in space. Credit: ESA/ATG medialab

After six months of tests and checkout, NASA’s James Webb Space Telescope is finally ready to open a new window on the universe, capturing the faint light of the first stars and galaxies, probing the mysteries of black holes and studying the atmospheres of alien worlds.

“We’re going to give humanity a new view of the cosmos, and it’s a view that we’ve never seen before,” NASA Administrator Bill Nelson told reporters during a preview briefing. “One of those images … is the deepest image of our universe that has ever been taken. And we’re only beginning to understand what Webb can and will do.”

Hubble went on to become one of the most iconic instruments in astronomical history, helping astronomers pin down the age of the universe, confirming the presence of supermassive black holes, capturing the deepest views of the cosmos ever collected and providing fly-by class images of planets in Earth’s solar system.

But Webb, operating at just a few degrees above absolute zero behind a tennis-court size sunshade, promises to push the boundaries of human knowledge even deeper with a 21.3-foot-wide segmented primary mirror capable of detecting the faint, stretched-out infrared light from the first generation of stars to light up after the Big Bang.

Launched on Christmas Day, Webb is stationed in a gravitationally stable orbit nearly a million miles from Earth. For the past six months, engineers and scientists have been working through a complex series of deployments, activations and checkouts, fine tuning the telescope’s focus and optimizing the performance of its four science instruments. 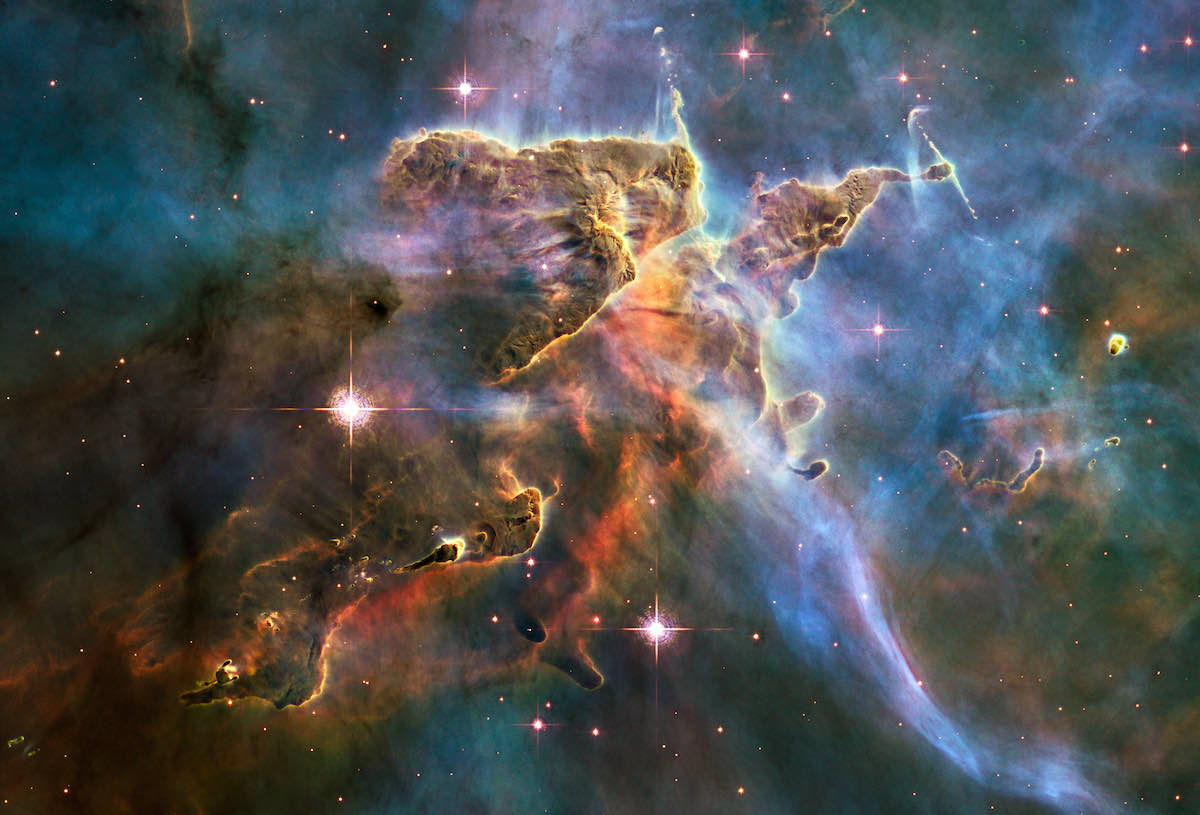 The images released Tuesday, selected by an international team of astronomers, will “demonstrate to the world that Webb is, in fact, ready for science, and that it produces excellent and spectacular results,” said Klaus Pontoppidan, Webb project scientist at the Space Telescope Science Institute.

“And it’s also to highlight the breadth, the sheer breadth of science that can be done with Webb and to highlight all of the four science instruments,” he added. “And last but not least, to celebrate the beginning of normal science operations.”

The targets for Webb’s first public images include:

–The Carina Nebula: A vast star-forming region in the constellation Carina some 7,600 light years from Earth that’s four times as large as the Orion Nebula. The Carina Nebula is the home of the most luminous known star in the Milky Way as well as the Eta Carinae binary system, which includes a massive sun expected to explode in a supernova blast in the near future (astronomically speaking).

–Southern Ring Nebula: An expanding cloud of gas a half light year across that was ejected from a dying star. Relatively low-mass stars like Earth’s sun will end their lives by blowing off their outer layers, forming so-called “planetary nebulas” while their cores shrink and slowly cool.

–Stephen’s Quintet: A collection of five galaxies in the constellation Pegasus 290 million light years from Earth that was discovered in 1877, the first such close-together grouping of galaxies to be detected. Four of the five galaxies are gravitationally interacting in a slow-motion merger.

–WASP-96b: An unusual cloudless exoplanet 1,150 light years away that’s about half the size of Jupiter, orbiting its sun every 3.4 days. By spectroscopically analyzing light from the parent star as it passes through the exoplanet’s atmosphere on the way to Earth, astronomers can tease out details about its chemical composition.

–SMACS J0723.3-7327: The combined gravity of countless stars in huge galaxy clusters like this one can as a powerful lens if the alignment is just right, magnifying the light from more distant objects in the far background to provide a deeper look back across space and time than would otherwise be possible. 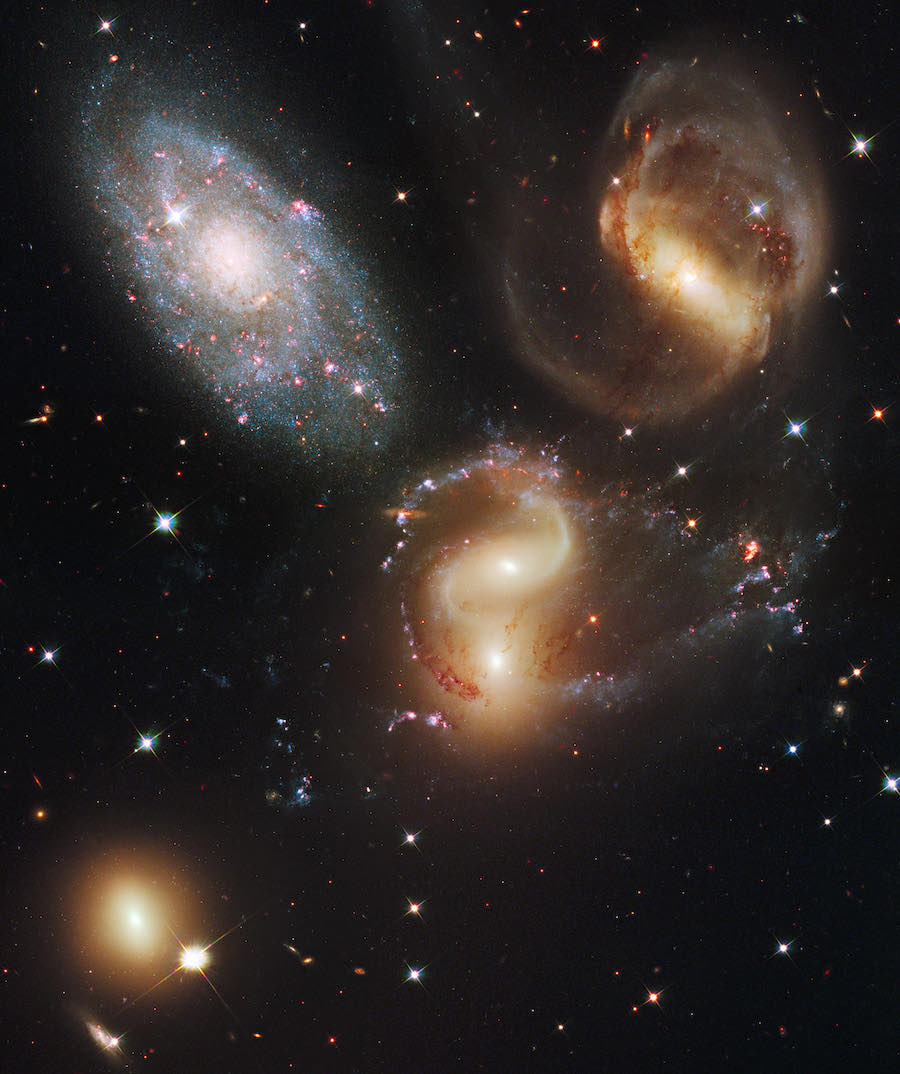 Stephen’s Quintet, a group of five galaxies in the constellation Pegasus. Four of the galaxies are gravitationally interacting. Credit: NASA, ESA, and the Hubble SM4 ERO Team

“The first images will include observations that span the range of Webb science themes,” said Pontoppidan. “From the early universe, the deepest infrared view of the cosmos to date. We will also see an example of how galaxies interact and grow, and how these cataclysmic collisions between galaxies drive the process of star formation.

“We’ll see a couple of examples from the life cycle of stars, starting from the birth of stars, where Webb can reveal new, young stars emerging from their natal cloud of gas and dust, to the death of stars, like a dying star seeding the galaxy with new elements and new dust that may one day become part of new planetary systems.”

Last but not least, he said, the team will show off the first chemical fingerprints from the atmosphere of an exoplanet.

One of the Hubble Space Telescope’s most astonishing images was its initial “deep field” look at a tiny patch of seemingly empty sky over a 10-day period in 1995. To the amazement of professionals and the public alike, that long-exposure image revealed more than 3,000 galaxies of every shape, size and age, some of them the oldest, most distant ever seen.

Subsequent Hubble deep fields pushed even farther back in time, detecting the faint light of galaxies that were shining within about 500 million years of the Big Bang. How stars formed and got organized so quickly into galactic structures is still a mystery, as is the development of the supermassive black holes at their cores.

Webb’s four instruments are expected to push the boundaries still closer to the beginning of galaxy formation. A test image from the telescope’s Canadian-built Fine Guidance Sensor, one that wasn’t optimized for the detection of extremely faint objects, nonetheless revealed thousands of galaxies.

Webb’s look at SMACS 0723 is expected to demonstrate the enormous reach of the observatory.

“This is really only the beginning, we’re only scratching the surface,” Pontoppidan said. “We have in the first images, a few days worth of observations. Looking forward, we have many years of observation, so we can only imagine what that will be.”