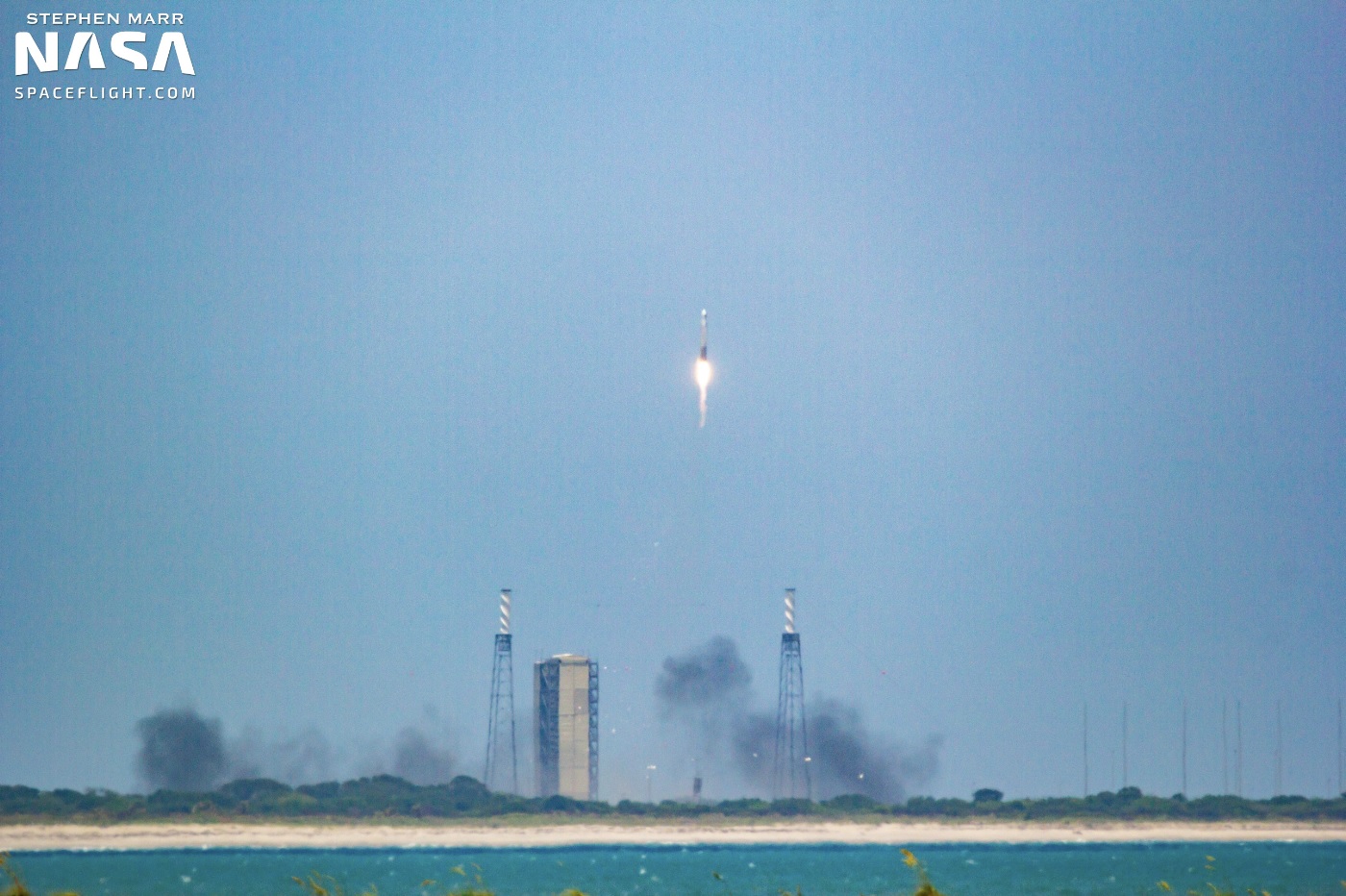 The first of three flights to launch the TROPICS satellites for NASA lifted off on Sunday during at 1:43 PM EDT (17:43 UTC). Astra’s LV0010 vehicle launched from SLC-46 at the Cape Canaveral Space Force Station, making the company’s seventh orbital launch attempt.

After a nominal first stage burn, the upper stage engine shut down early. As a result, the vehicle and payloads were lost.

The target orbit for TROPICS-1 was at an altitude of 500 km and an inclination of 29.75 degrees. This mid-inclination orbit makes the mission optimal for launching from Cape Canaveral, unlike Astra’s other launch site in Kodiak, Alaska, which is more favorable for polar orbit missions.

TROPICS, which stands for Time-Resolved Observations of Precipitation structure and storm Intensity with a Constellation of Smallsats, was planned to consist of six satellites in total launched across three Astra Rocket 3.3 flights. A seventh satellite, serving as a pathfinder, was previously launched on the SpaceX Transporter-2 mission in June 2021.

The 3U CubeSats are built by Blue Canyon Technologies and operated for NASA by the Massachusetts Institute of Technology’s Lincoln Lab. Each satellite carries a passive microwave spectrometer as well as a radiometer payload in order to study and monitor tropical storms and hurricanes.

The satellite constellation was designed to be fully operational if only four of the six satellites reach orbit, or if two of the three launches are successful. However, delivering all six satellites to orbit successfully would have resulted in a higher revisit rate and thus improved scientific data from the mission.

TROPICS-1 was Astra’s seventh orbital launch attempt since the first and only flight of Rocket 3.1 in September 2020. After a few test flights that fell short of orbit, Astra successfully placed the LV0007 vehicle’s upper stage with a hosted US Space Force payload into orbit from Kodiak in November 2021.

The next launch, LV0008 in February 2022, was Astra’s first from Cape Canaveral’s SLC-46 and the company’s first for NASA. The ELaNa-41 mission failed to deploy multiple CubeSats into orbit due to a fairing separation failure. The following mission, LV0009 from Kodiak, was the first to successfully deploy payloads into orbit for Spaceflight Inc. in March 2022.

The LV0010 vehicle arrived at Cape Canaveral in May, having traveled via truck from Astra’s headquarters and factory in Alameda, California. In preparation for flight, a static fire test was conducted at SLC-46 on June 1, testing all five of the Delphin engines on the first stage as well as all of the ground support equipment.

Those Delphin engines ignited again at T0 to lift the vehicle off the pad. Six seconds later, the vehicle began pitching downrange to achieve the horizontal velocity needed to achieve orbit.

The vehicle passed through the area of maximum dynamic pressure, or Max-Q, approximately one minute and 10 seconds after liftoff. The first stage continues to power flight until T+ three minutes, when all five engines shut down at Main Engine Cutoff (MECO).

This burn ended early due to a technical issue on the upper stage, and the vehicle was left in a suborbital trajectory which resulted in the loss of the mission.

The next two Astra launches, LV0011 and LV0012, are planned to launch the remaining four TROPICS satellites from Cape Canaveral.

NASASpaceflight and Astra are partnering to broadcast the TROPICS-1 mission. As part of the partnership, Astra is covering some expenses associated with producing the broadcast.