In the near future, NASA and other space agencies will send astronauts beyond Low Earth Orbit (LEO) for the first time in over fifty years. But unlike the Apollo Era, these missions will consist of astronauts spending extended periods on the Moon and traveling to and from Mars (with a few months of surface operations in between). Beyond that, there’s also the planned commercialization of LEO and cis-Lunar space, meaning millions of people could live aboard space habitats and surface settlements well beyond Earth.

This presents many challenges, which include the possibility that the sick and injured won’t have licensed medical practitioners to perform potentially life-saving surgery. To address this, Professor Shane Farritor and his colleagues at the University of Nebraska-Lincoln’s (UNL) Nebraska Innovation Campus (NIC) have developed the Miniaturized In-vivo Robotic Assistant (MIRA). In 2024, this portable miniaturized robotic-assisted surgery (RAS) platform will be flown to the International Space Station (ISS) for a test mission to evaluate its ability to perform medical procedures in space.

Farritor is the David and Lederer Professor of Engineering at the University of Nebraska who studied robotics at MIT. As part of his studies, he worked with the NASA Kennedy Space Center, Goddard Space Flight Center, and Jet Propulsion Laboratory in support of NASA’s Mars Exploration Rover (MER) program. This consisted of assisting in designing and assembling the Curiosity and Perseverance rovers, defining their motion planning, and inventing a process where the rover’s Sun detectors are used to determine its direction of travel.

In 2006, he and Dmitry Oleynikov – a former University of Nebraska Medical Center (UNMC) professor of surgery – founded Virtual Incision, a startup company based at the NIC. In April 2022, Farritor was named the inaugural winner of the Faculty IP Innovation and Commercialization Award – issued by the University of Nebraska for intellectual property. For nearly 20 years, Farritor, Oleynikov, and their colleagues have been developing the MIRA robotic surgical suite, which has attracted over $100 million in venture capital.

Recently, NASA awarded Virtual Incision a $100,000 grant through the U.S. Department of Energy’s (DoE) Established Program to Stimulate Competitive Research (EPSCoR) to help engineers and roboticists at the NIC prepare it for its test aboard the ISS. Compared to conventional robotic surgical suites, MIRA offers two advantages. First, its instruments can be inserted through small incisions, allowing doctors to perform minimally-invasive operations (such as abdominal surgery and colon resections). Second, the technology could allow for telemedicine, where surgeons can perform operations remotely and provide services to locations far from a medical facility.

On Earth, this technology already allows doctors to assist people in faraway locations where services are not readily available. However, the MIRA technology has the added benefit of performing operations autonomously, meaning that astronauts serving on the Moon and Mars could receive medical care without the need for a human surgeon. Said John Murphy, CEO of Virtual Incision, in a recent company press release:

“The Virtual Incision MIRA platform was designed to deliver the power of a mainframe robotic-assisted surgery device in a miniaturized size, with the goal of making RAS accessible in any operating room on the planet. Working with NASA aboard the space station will test how MIRA can make surgery accessible in even the most faraway places.” 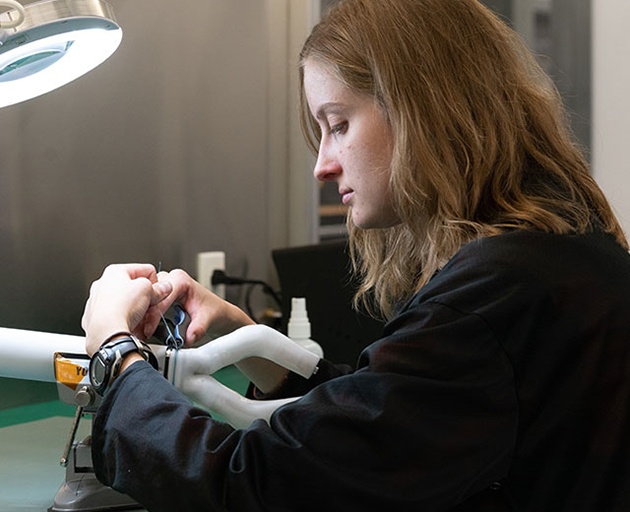 During the next year, Farritor will work with engineering graduate student Rachael Wagner to prep MIRA for operations aboard the ISS. Wagner began working with Farritor as an undergraduate student and took a position with Virtual Incision in 2018 after completing her bachelor’s degree in mechanical engineering. This will consist of writing software, configuring MIRA to fit inside an experiment locker, and testing the device to ensure it is rugged enough to survive being launched aboard a rocket and will function as needed in space.

In August 2021, MIRA successfully performed its first remote surgery as part of a clinical study under an Investigational Device Exemption (IDE) from the U.S. Food and Drug Administration (FDA). The procedure – performed by Dr. Michael A. Jobst at the Bryan Medical Center in Lincoln, Nebraska – consisted of a right hemicolectomy (where one-half of the colon is removed) and was accomplished with a single incision within the naval. Said Dr. Jobst:

“The MIRA platform is a true breakthrough platform for general surgery, and it is extremely gratifying to be the first surgeon in the world to use the system. The procedure went smoothly, and the patient is recovering well. I’m excited to play a part in taking the first steps toward increasing access to robotically assisted surgery, which has clear benefits for patients.”

In another experiment, former astronaut Clayton Anderson (a retired NASA astronaut) operated MIRA from the Johnson Space Center, directing it to perform surgery-like tasks in an operating room at the University of Nebraska Medical Center – located 1450 km (900 miles) away. During its upcoming test aboard the ISS, MIRA will operate autonomously without the help of a controller. For the sake of this test, the robot will cut tautly stretched rubber bands (simulating skin) and push metal rings along a wire (simulating delicate operations). 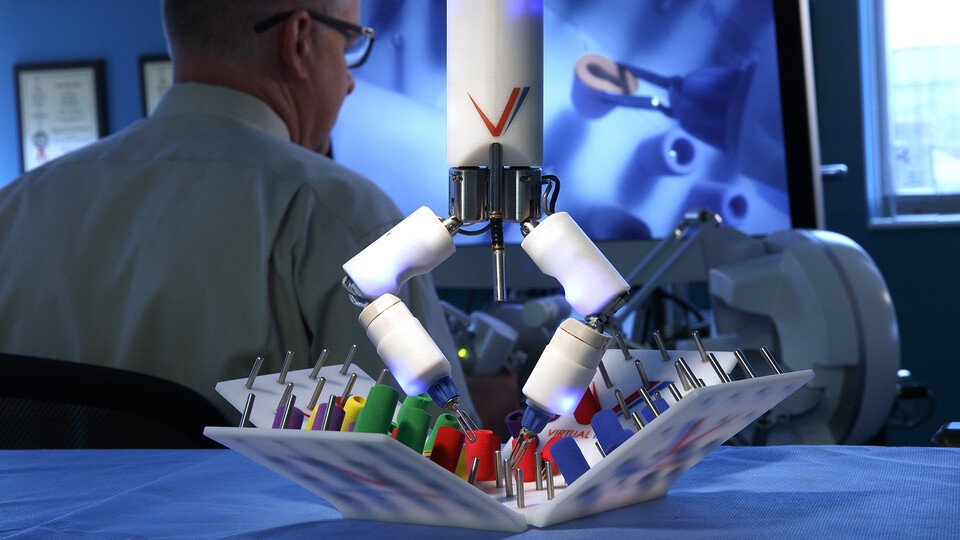 “These simulations are very important because of all the data we will collect during the tests,” said Wagner in a Nebraska News release. This test will be the most autonomous operation of the robot so far, which is intended to conserve space station communications bandwidth and minimize the time astronauts spend with the experiment. However, the goal of this mission is not to demonstrate the robot’s autonomy (which is still limited) but to fine-tune the robot’s operation in zero gravity. These experiments will help validate the technology for future long-duration missions in and beyond LEO. As Farritor said:

“NASA has ambitious plans for long-duration space travel, and it’s important to test the capabilities of technology that may be beneficial during missions measured in months and years. MIRA continues to push the boundaries of what’s possible in RAS, and we are pleased with its performance so far during clinical trials. We’re excited to take it a step further and help identify what could be possible in the future as space travel is becoming more of a reality for mankind.”

As humans travel farther and farther from Earth, they will need to be as self-sufficient as possible. On the Moon, Mars, and other locations in deep space, resupply missions are impractical, as is flying doctors or patients to and from these locations. This means that in addition to being able to grow their own food, utilize local resources to meet their needs (ISRU), rely on bioregenerative life support systems, and generate electricity locally, they will need to provide essential services like medical care and surgery.

The post A Remote Surgical Robot is Going to the International Space Station appeared first on newsastronomy.com.