News Astronomy > News > A new LEGO Spacecraft to Vote for: China’s Long March 5 With the Tianwen-1 That Flew to Mars

Two Lego designers with a history of space-themed projects have teamed up for a new proposed set: China’s Long March CZ-5 and Tianwen-1 Mission. The set is currently gathering supporters on the LEGO Ideas website. If it gets enough support, LEGO will review it and possibly create it.

Designers Valerie Roche – who was a co-designers for the Lego NASA Apollo Saturn V, and Matthew Nolan, who worked on designs for NASA’s Space Launch System and Blue Origin’s New Glenn rocket – have collaborated on this new space model set.

On Flickr, Roche said they worked for a long time both on the accuracy and on the details. It is a 1/110 scale model of the Long March 5B Rocket and its launch tower. The real version of this rocket is currently the most powerful member of the Long March rocket family and the world’s third most powerful orbital launch vehicle currently in operation, after the Falcon Heavy and Delta IV Heavy.

The set uses 2,920 Lego bricks design and the designers say it is the most detailed and accurate scale model to date of the rocket, as well as the Tianwen-1 probe, which launched on July 23, 2020, and includes the Zhurong rover which landed on Mars on May 14, 2021. With the launch pad and all the payloads, it stands 64 cm tall, 25.6 cm wide and 38.4 cm length.

As of this writing, there are over 3,000 votes for the set, with 10,000 needed for approval. If you want your very own model, cast your vote of support!

This set includes the following for the Long March CZ-5B rocket:

2: Interstage which separates into two parts and releases the second stage.

3: Stage 2 with its detailed engine and payload, the Tianwen-1 probe. 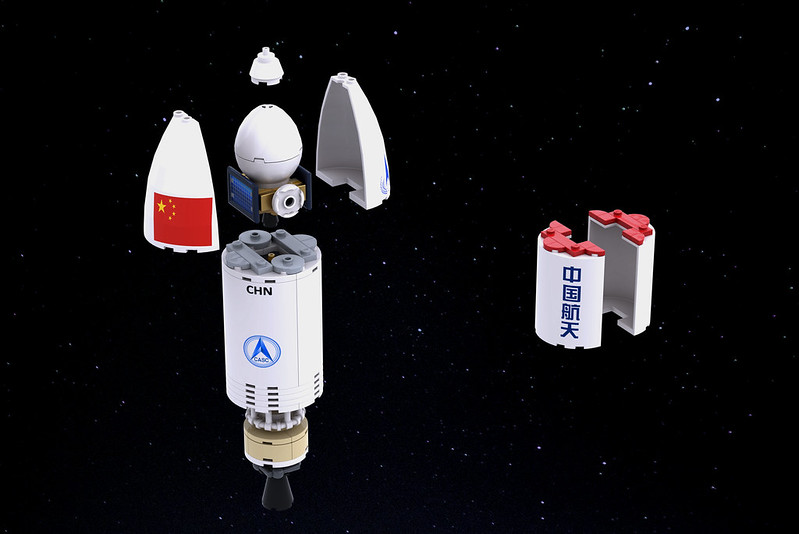 4: The Tianwen-1 probe, which is divides into the satellite for radio transmission between the rover and the earth, which opens in two and contains the rover with its folded solar panels.

5: A stand and two sets of deployed solar panels to be able to present the Tianwen-1 probe separately. 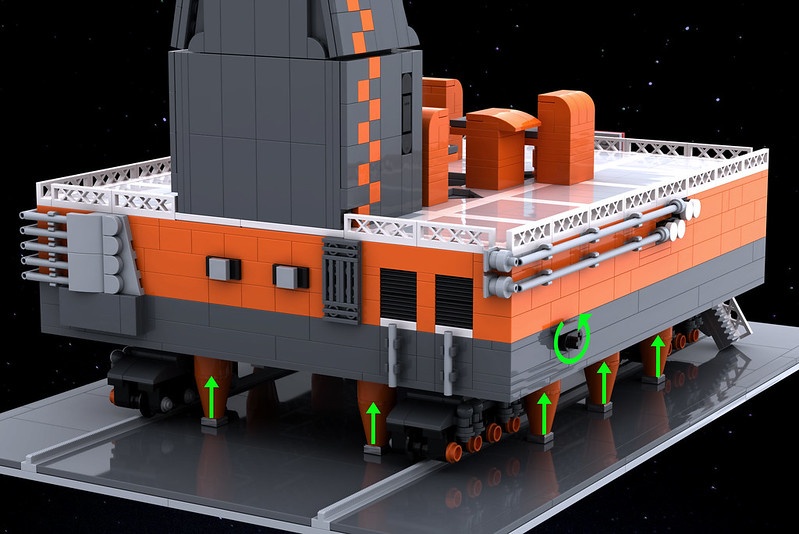 The Launch Tower includes six mechanized and synchronized arms, which rotate out from the rocket 90 degrees for launch. They can all be rotated out or in together with a single activation point. The Launch Platform has four steerable bogies and a base of 48 X 32 studs with its rails to present and be able to move the set.

You can see more images on the duo’s Flickr page. More details on the set and information on how to vote can be found on the Lego Ideas website.

The post A new LEGO Spacecraft to Vote for: China's Long March 5 With the Tianwen-1 That Flew to Mars appeared first on newsastronomy.com.