People often seem surprised when they learn that NASA doesn’t just look out to the other planets, stars, and galaxies. It’s also an agency that studies our own home planet—from space! And why not? Earth is part of the solar system, too. So, to that end, there’s a new Earth studies mission called EMIT on its way to the International Space Station. It’s designed to track dust as it moves from one place to another on our planet through through our atmosphere.

The official name of the mission is the Earth Surface Mineral Dust Source Investigation (EMIT, for short). It will use a high-tech imaging spectrometer to study dust around the globe over the next year. 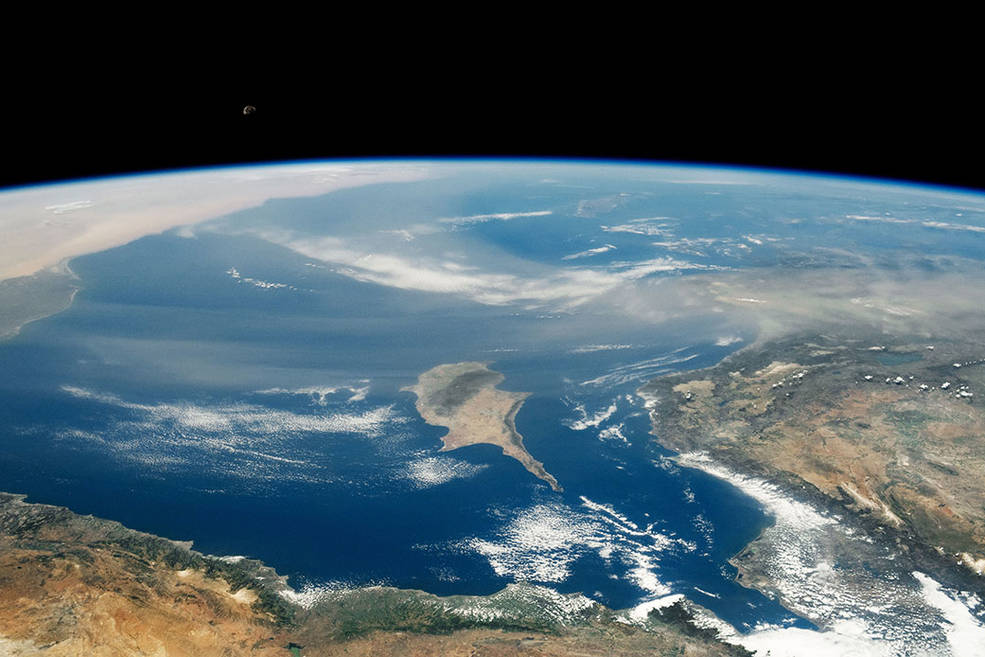 A dust plume stretches over the eastern Mediterranean, shrouding parts of Greece, Turkey, and Cyprus. The June 2020 image has been cropped and enhanced to improve contrast, and lens artifacts have been removed. NASA’s EMIT mission will help scientists better understand how airborne dust affects climate. Credit: NASA

Dust in the Wind and What It Does

Every so often, we see images of gigantic dust storms moving across Earth’s surface. The strong winds that carry these clouds move more than a billion metric tons of material. Sometimes they flow from the deserts of Africa to settle in North America. Other times, they move over populated land masses in the Mediterranean. The effects of these storms on our planet make it clear that dust affects local and global climate. So, scientists are looking for more detailed information about the long-term effects of this “dust resettlement”. That’s why EMIT is in orbit: to help determine how (and if) dusty materials from Earth’s dry regions heat the planet or cool it down. It will also determine the mineral content of dust particles.

Desert areas on our planet produce most of the dust that gets into the atmosphere. However, it’s tough for scientists to get useful samples from those places since they are pretty remote. EMIT’s imaging spectrometer will act as an orbiting geologist. It will map the mineral dust sources and give information about the color and composition of all dust-producing areas on the planet. 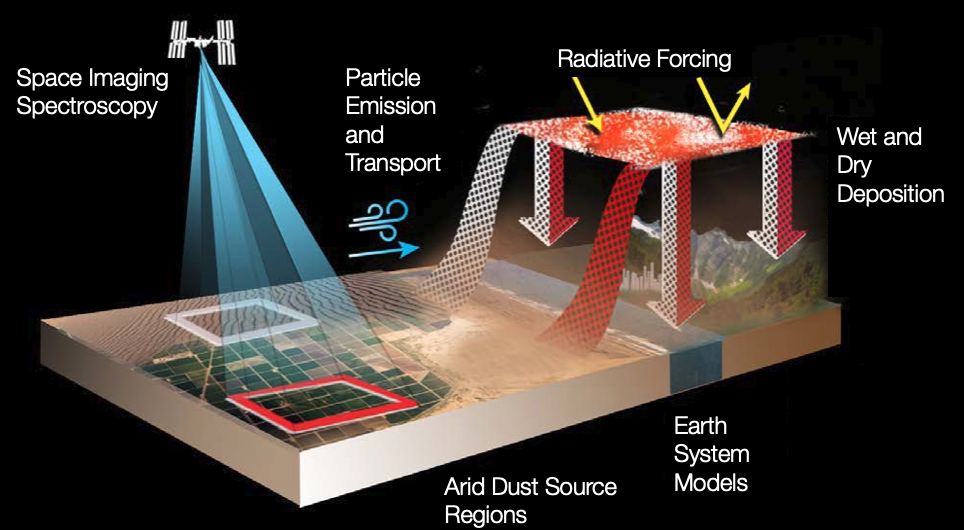 When strong winds on one continent stir up mineral rock dust (such as calcite or chlorite), the airborne particles can travel thousands of miles to affect entirely different continents. Material suspended in the air can heat or cool the atmosphere and Earth’s surface. This heating or cooling effect is the focus of NASA’s Earth Surface Mineral Dust Source Investigation (EMIT) mission. Courtesy NASA.

Particles of dust have different colors due to their source minerals, something EMIT will be able to detect. It turns out the composition of the particles plays a role in how they interact as part of natural processes. For example, mineral dust is part of cloud formation and atmospheric chemistry. When it gets deposited in the ocean or forests, it provides nutrients for growth, like a fertilizer. When it falls on snow or ice, dust accelerates melting. That leads to more water runoff and flooding. Dust even affects humans, too. Inhaling some types of mineral dust can be a health hazard.

Some of the most important parts of EMIT’s mission focus on climate change and climate models. When scientists work on climate models now, their representation of dust is not as good as it could be. The color and composition information provided by EMIT will improve those climate models. It should also better reflect the effects of mineral dust on climate and what effect climate has on dust. In the long run, it will provide detailed data about how climate change could create more dust sources.

In addition, improved models will play a big role in forecasting future climate scenarios. For example, as global temperatures rise, arid regions may become even drier, possibly resulting in larger (and dustier) deserts. How serious this might become depends on several factors, including how much temperatures rise, how land use changes, and how rainfall trends change.

By incorporating EMIT’s global dust source composition data into models and long-term climate predictions, scientists should get a better understanding of how the amount and composition of dust in arid regions may change under different climate and land-use scenarios. They’ll also gain a clearer idea of how these changes and many others may impact Earth’s climate in the future.

Settling in on the Station 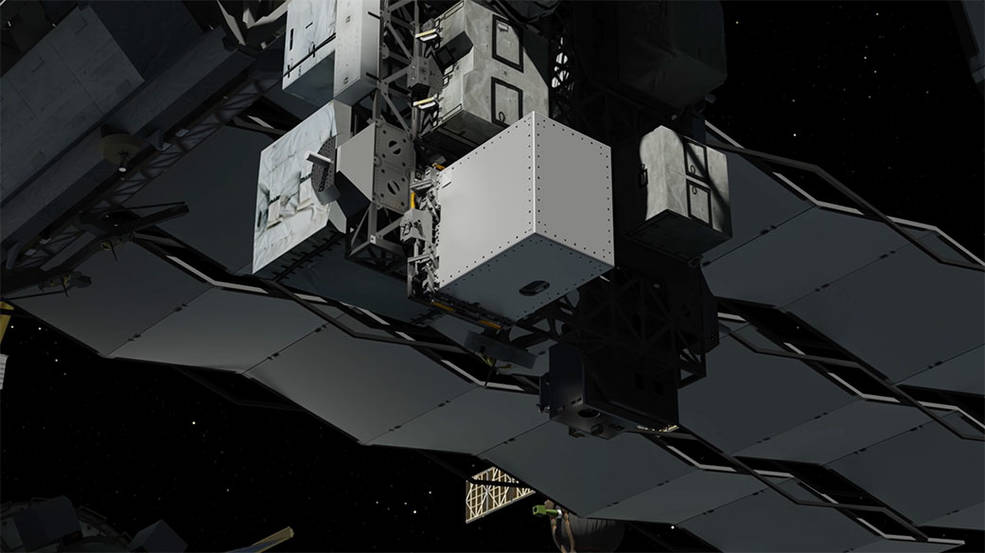 This illustration shows how NASA’s EMIT will be attached to Express Logistics Carrier 1, on the ISS.
Credits: NASA/JPL-Caltech

EMIT will be attached to the Express Logistics carrier 1 on the International Space Station. After it begins its formal science program, EMIT’s data will become part of NASA’s Land Processes Distributed Archive Center (DAAC). There, other researchers and the public can access it. The EMIT mission was built at and will be administered by the NASA Jet Propulsion Laboratory.

The post A New Instrument is Going to the ISS to Study the Climate Impact of Dust in Earth’s Upper Atmosphere appeared first on newsastronomy.com.